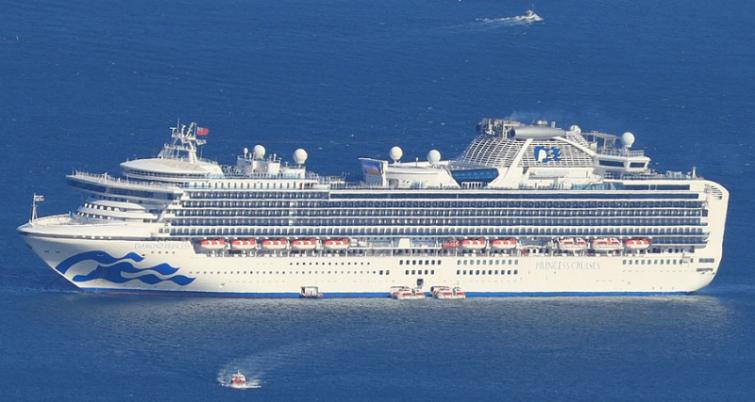 Moscow/Sputnik/UNI: Canadian authorities are preparing an aircraft for evacuation of Canadian nationals from the Diamond Princess cruise ship, which is quarantined off the Japanese port of Yokohama over the outbreak of a new coronavirus (COVID-19) on board, the Canadian government said.

"The Government of Canada has chartered a plane to repatriate Canadians on board the Diamond Princess cruise ship docked in Yokohama, Japan. This decision was taken because of the extraordinary circumstances faced by passengers on the Diamond Princess and to lighten the burden on the Japanese health-care system ... The aircraft will bring passengers from Japan to Canadian Forces Base Trenton, after which they will be assessed and transported to the NAV Canada Training Institute in Cornwall, Ontario, to undergo a further 14-day period of quarantine," the press release read.

It is noted that before boarding, passengers will be screened for symptoms of the coronavirus.

"Those who exhibit symptoms of COVID-19 will not be permitted to board and will instead be transferred to the Japanese health system to receive appropriate care," the statement said.

The Diamond Princess cruise liner has been under quarantine near Yokohama since February 3, after a passenger who left the vessel in Hong Kong tested positive for the new coronavirus, named COVID-19 by the World Health Organization.

A total of 3,711 passengers and crew are aboard the vessel, and so far, 355 people have tested positive for the virus. The United States previously announced plans to evacuate its citizens from the ship by charter flights. On Friday, around 10 passengers under 80, who had been tested negative for the virus, were evacuated from the vessel.

The new strain of coronavirus was first detected in the Chinese city of Wuhan, located in the province of Hubei, in December and has since spread to more than 25 countries. In mainland China, the virus has already resulted in 1665 fatalities, with 68,500 people having been infected. Outside of China, more than 500 people were infected with the virus, including two cases in Russia.