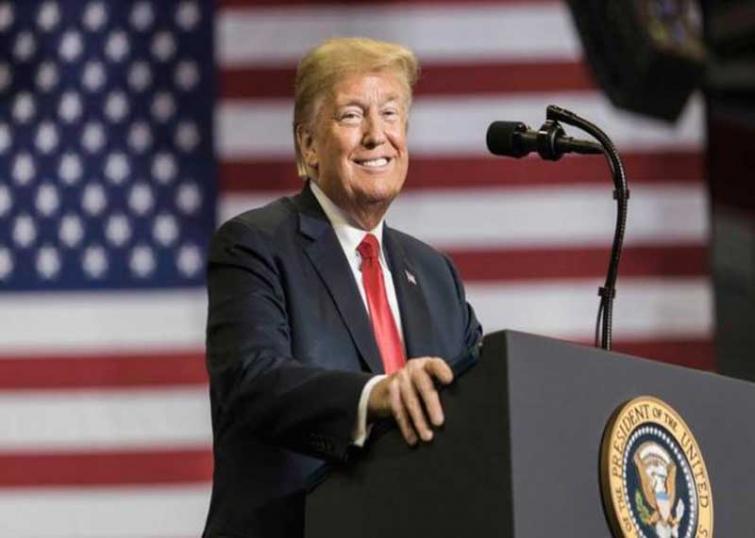 Washington/UNI/Sputnik: The US Senate has voted to fully acquit US President Donald Trump in the impeachment trial by finding him not guilty of obstructing Congress.

The Senate voted 53-47 on Wednesday to acquit Trump on the second article of impeachment charging him with obstruction of Congress.

In a statement after the vote, Senator Bernie Sanders said the Republican acquittal of Trump sets a "dangerous and lawless precedent." The verdict now "green lights" future presidents to disregard the law so long as it benefits their reelection, Sanders warned.

The Democratic presidential candidate even suggested that Trump could have been impeached on more violations. Sanders accused Trump of illegally reaping $40 million in profit off the Trump hotel in Washington in 2018 alone.

US Senator Patrick Leahy called Trump’s acquittal "a dark day" for US democracy.

"We are currently on a dangerous road, and no one has any idea where this road will take us," Leahy said. "But we all know our democracy has been indelibly altered."

"A trial without witnesses is not a trial, and the Senate’s acquittal is meaningless. If anything, Mitch McConnell and Senate Republicans have convicted themselves - of disregarding their oath, dishonoring the Senate, and doing irreparable damage to the fabric of this republic," McGovern said.

McGovern accused Senate Republicans of putting party politics above their duty to protect the US constitution.

All Republicans voted to exonerate Trump of both charges except for Senator Mitt Romney, who voted guilty on the abuse of power article.