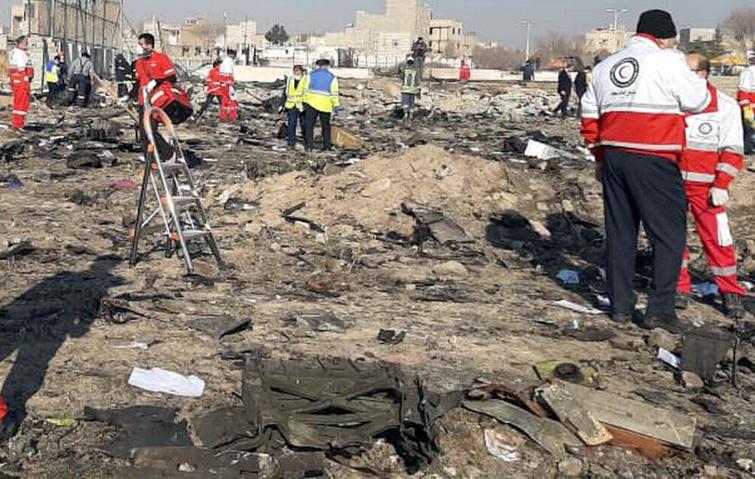 Tehran/Moscow/Sputnik: Hundreds of students gathered on Saturday outside the Amirkabir University of Technology in Tehran to honor those killed in the fatal Ukrainian plane crash in Iran, which resulted in a rally that the police eventually dispersed, media reported.

According to the Iranian Fars news agency, the peaceful gathering later turned into a demonstration and about a thousand students began to chant radical slogans, demanding the resignation and prosecution of those responsible for the Ukrainian Boeing 737 catastrophe.

The media outlet added that the protesters demonstratively tore the portrait of slain Qasem Soleimani, Iranian Quds Force commander, who died as a result of the US drone strike in early January.

The police managed to disperse the gathering.

A Sputnik correspondent reported that there were a lot of police officers patrolling in the central parts of the city, and security measures have been heightened.

On Wednesday, a Ukraine International Airlines plane crashed in the vicinity of Tehran’s Imam Khomeini International Airport shortly after takeoff. All 176 people on board were killed, including 57 Canadians.

Earlier in the day, Iran admitted that the Ukrainian plane had been unintentionally shot down by the country's military, who confused it for a hostile target.