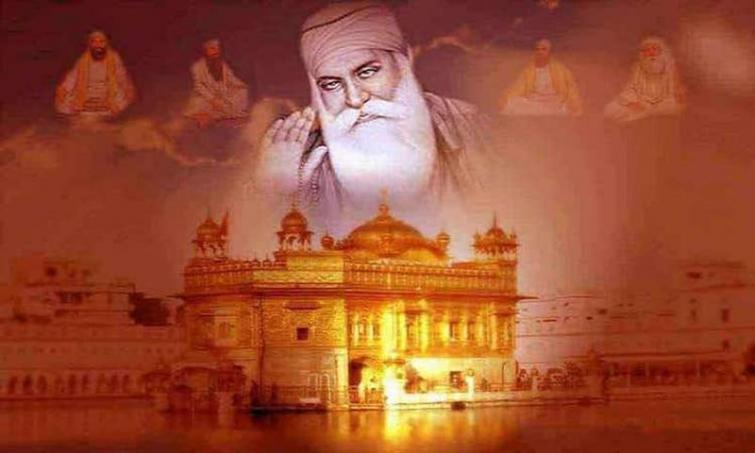 Toronto/IBNS: The Canada India Foundation (CIF) is joining rest of the world in commemorating the 550th birth anniversary of the founder of Sikhism, Guru Nanak Dev Ji.

Guru Nanak Dev Ji was the first Guru and founder of Sikhism. He was a poet, a religious teacher, a social reformer, and a householder.

In a media release from Oakville in Ontario, CIF said Guru Nanak Dev Ji rejected the path of renunciation and emphasized householder's life (Grista), instead of materialism. The service of mankind and faith in 'One' Omnipotent God are the basic tenets of Sikhism propounded by Guru Nanak Dev Ji, it said.

Satish Thakkar, National Convener of CIF said: “Guru Nanak Dev Ji’s teachings are a guiding light to lead a happy, peaceful, and contended life. We want to congratulate everyone on this auspicious occasion of Guru Nanak Dev Ji’s 550th birth anniversary. May his blessings always be a torch bearer in our life.”

Pankaj Dave, Co-Convener, said "Guru Nanak Dev Ji’s teachings are eternal and universal." "He practiced what he preached - the principle of selfless service to others - and set an example for all of us to emulate.”

Anil Shah, Chair, CIF, said: “I extend the warmest greetings to all Sikhs across the world on the 550th anniversary of Guru Nanak Dev Ji’s birth. I urge everyone to emulate and practice the values preached by him”

A social reformer, Guru Nanak Dev Ji upheld the cause of women, downtrodden, and the poor.

He expounded the Three Guiding Principles of “Naam Japana”, “Kirat Karni”, and “Vand Chhakana” that inform Sikh ethics and way of life. The principles mean ‘repeat God's name’, ‘be ready to engage in the labour of one's hands’, and, ‘be willing to share with others what one has gathered’.

"Guru Nanak Dev Ji’s teachings are timeless. They are as relevant today as they were 500 years ago. The deeds of Sikhs in Canada, India, and across the world, showcase these very principles in action. He firmly believed in dedicating oneself to the selfless service of others – a sentiment that is often missing in today’s world," CIF said.