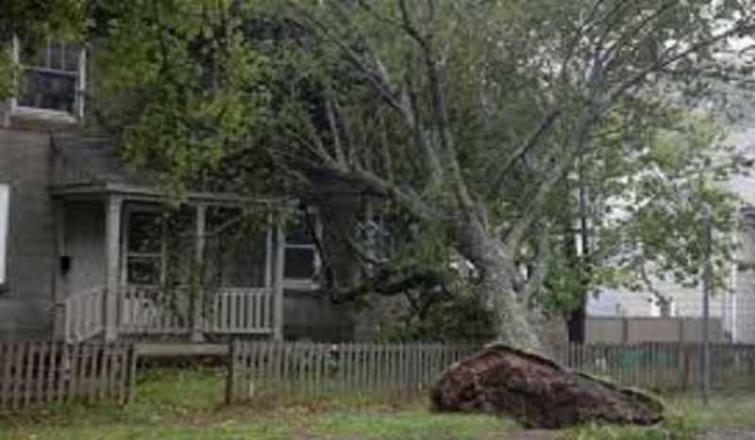 Ottawa, Sep 8 (UNI) Storm Dorian has made landfall in the Canadian province of Nova Scotia as a post-tropical cyclone.

A BBC News report said on Sunday that the powerful storm hit Halifax on Saturday with winds of 100mph (160km/h), toppling trees and cutting power to more than 450,000 homes.

It comes days after Dorian devastated the Bahamas.

The death toll there is 43 but is expected to increase further.

The hurricane has since moved up the US eastern seaboard. The Canadian Hurricane Centre labelled it a "very intense post-tropical cyclone".

Officials said it had already dropped more than 100 millimetres (four inches) of rain on Nova Scotia and could double by Sunday morning.

Video footage from Halifax shows a crane collapsing on a building.

The storm is expected to pass over northern Newfoundland and eastern Labrador early on Sunday.

Residents close to the shore were advised to evacuate as a precaution.

Canadian Prime Minister Justin Trudeau has been briefed on the storm.

Officials believe hundreds of bodies are yet to be found in areas flattened by the winds or smashed by storm surges.

UN officials said about 70,000 people on Grand Bahama and the Abcao Islands were in need of assistance.

Thousands of people have been queuing in Grand Bahama hoping to board cruise ships offering free passage to Florida.