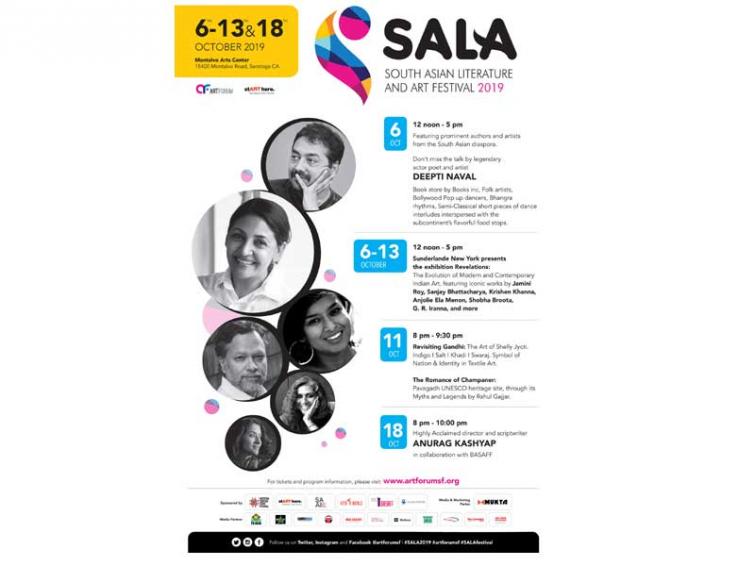 California: For the first time, one of the largest South Asian Literature & Art Festival (SALA) in collaboration with UC Berkeley Institute of South Asian Studies is scheduled to be held at Montalvo Arts Center and Art Forum at 15400 Montalvo Road, Saratoga, California (US) from October 6 to 13, 2019, media reports said.

Apart from celebrating contemporary reflections of literature and arts from the sub-continent in the US, SALA's mission is to transform the sylvan Montalvo grounds into a Megalopolis.

Entering through the South Asian Wonderland with stories rooted in the banks of the 4000-year-old Indus River would be followed by their narration in the twenty-first century.

The visitors would be able to witness the power of dialogue and discussion, the artist’s refuge, the artist’s atelier, the writer’s studio, emerging art portraying with defiance, contemplation, and dignity in modern times the art of the subcontinent.

A special event would be held at Montalvo Art Center on Oct 18th at 8th at 5 pm.

With a portrayal of a fair-like atmosphere with bookstores, book-reading, children’s hands-on craft activities, writing programs, food stalls, and art-related exhibitors, the Montalvo grounds will offer something for everyone and people of all ages including folk artists, Bollywood Pop up dancers, Bhangra rhythms, Semi-Classical short pieces of dance interludes interspersed with the subcontinent’s flavorful food stops.

Highly acclaimed contemporary Indian Art collection along with a panel discussions that include Art, Literature, Poetry, and Cinema would be featured in this festival. Also included in it would be local, national and international authors and artists to speak in keynotes, on-panels, and on-stage presentations.

The Art Walk at Montalvo will feature established artists from its diaspora:

Writers Row at Montalvo will feature established writers from Bangladesh, Pakistan, Sri Lanka, and the USA:

Anurag Kashyap – a special event featuring highly acclaimed and award-winning director and scriptwriter is scheduled on October 18th at 8 pm.