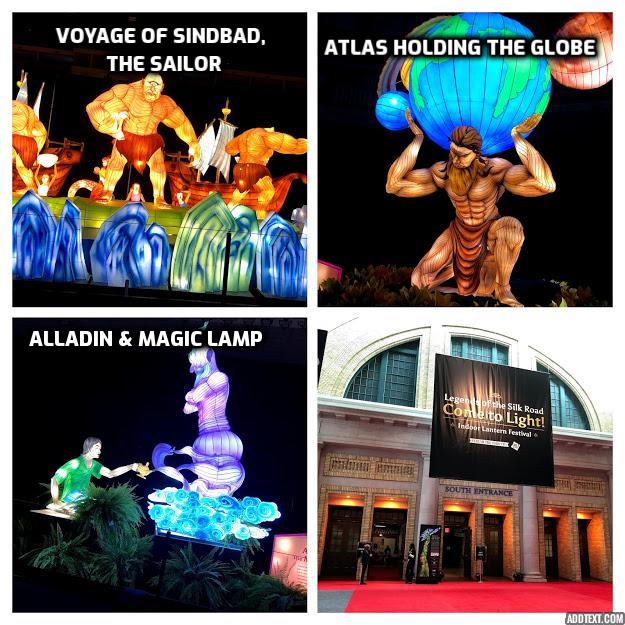 Two of the several new features are a travelling exhibition of “50 Greatest Photographs”; animation of 15 lanterns of "Legends of the Silk Road Come to Light" with the feature of Augmented Reality accessible one's device via the Shadow Factory app.

The travelling exhibition of “50 Greatest Photographs” in Arts, Crafts & Hobbies Pavillion is the only Canadian venue to date, which showcases some of the celebrated photographs from National Geographic magazine from its 131-year history.

CNE's New feature this year: App of "Legends of the Silk Road Come to Light" Animated downloaded feature of Augmented Reality accessible on your own device via the Shadow Factory https://t.co/YmNOMJlmlt via @YouTube; @LetsGoToTheEX; @sujoydhar pic.twitter.com/ZIEOu3YEox

Besides viewing the exhibited photographs, visitors also learn about the stories behind the photos as well as about the photographers.themselves.

App of "Legends of the Silk Road Come to Light" animated downloaded feature of Augmented Reality accessible on your own device is yet another feature which attracts several visitors.

The Coca-Cola Coliseum of CNE has been transformed this year into a magical maze of luminous lantern installations.

This series of 16 illuminated synthetic silk sculpture installations were positioned throughout the Coca-Cola Coliseum.

New this year is that fifteen of the 17 lanterns will be animated with an Augmented Reality dimension that can be accessed on your own device via the Shadow Factory app.

The internationally renowned breakdance crew performance on the International stage from August 16 to 25 is yet another new feature.

CNE 2019 also celebrated the 70th anniversary of the Canadian International Air Show and welcoming back the Royal Air Force acrobatic team, and the Red Arrows, who performed at the CNE back in 2002.

Also new this year is the “Under $6 in the 6” value food menu offering items like deep-fried Mars bars.

An Oktoberfest event has been added this year to the food events such as the Craft Beer Fest and Food Truck frenzy.