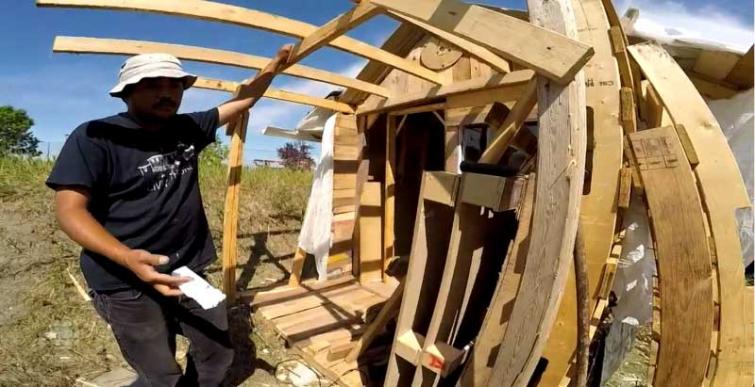 After failing to get better life, homeless immigrant in Canada builds shack

Winnipeg, July 23 (IBNS): After failing to get a better life in Canada, a homeless immigrant has finally made a shack by himself in Winnipeg, a CBC News report reported.

Allan Par built a two-room shack from scavenged pallet wood, shingles and discarded material he got from surrounding commercial businesses.

Par said he has been living in the shack under the bridge for last one year.

"I suffer from stress because there's a lot … that discriminate (against) me and sometimes they hurt me," he told the media.

Nine years ago, Par, who is now 41, had immigrated from Manila, Philippines, to Winnipeg.

In Philippines, he used to work in the welfare and social work sector. He used to help unemployed people on how to use computer programmes.

However, the man didn't meet the kind of life he wanted to meet in Canada.