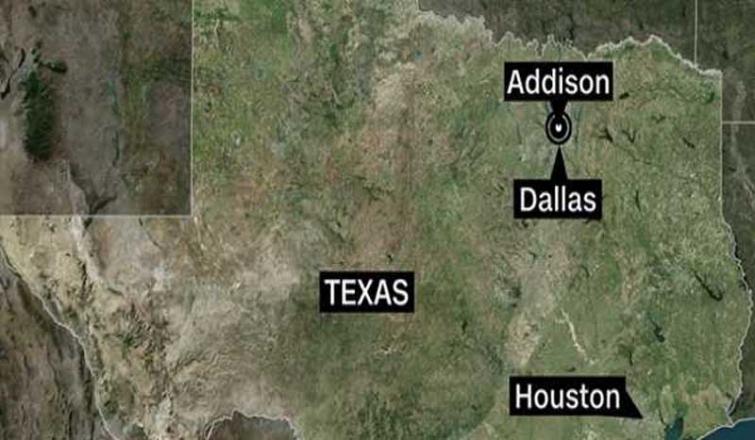 Houston, July 1 (UNI): Ten people were killed after a twin-engine plane crashed into a hangar while it was taking off from Addison Airport in the US state of Texas on Sunday morning.

The Beechcraft BE-350 King Air crashed into a hangar, caught fire and was totally destroyed, according to city of Addison spokeswoman Mary Rosenbleeth.

"Everyone on board the plane was killed after it crashed at 0910 hrs local time," Rosenbleeth said.

The plane was scheduled to fly from Addison which sits about 15 miles north of Dallas to St Petersburg, Florida.

CNN reported that the aircraft was a private plane and it wasn't immediately clear who was on board.

The National Transportation Safety Board (NTSB) said on Twitter it was sending a team to investigate the accident.

No one was inside the hangar at time, the Federal Aviation Administration (FAA) said in a statement.

FAA said that the agency was also en route to Addison to investigate.