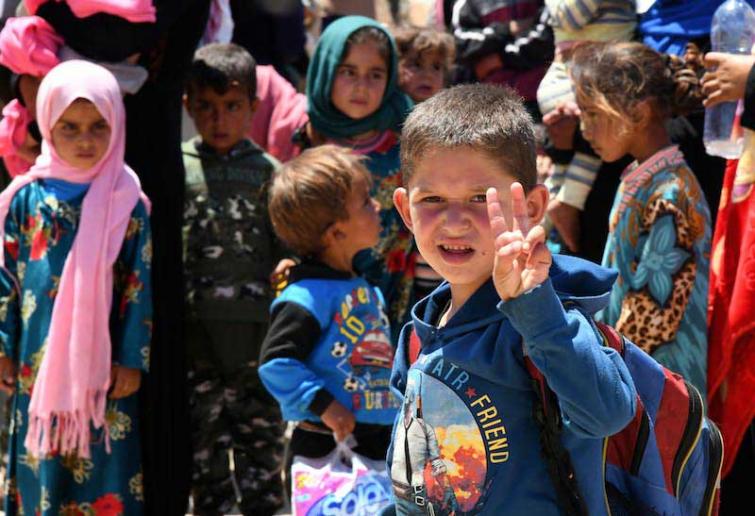 Almost 1,600 Syrians returned from Jordan, Lebanon in past 24 hrs: Russia

Moscow, Jun 20 (Sputnik): Almost 1,600 Syrian refugees have returned to their home country from Jordan and Lebanon over the past 24 hours, the Russian defence ministry's Center for Reconciliation of Opposing Sides and Refugee Migration Monitoring said in its daily bulletin on Thursday.

"Over the past day, in total 1,585 people returned to the Syrian Arab Republic from the territory of foreign states: 417 people (including 125 women and 213 children) left Lebanon for Syria via the Jaydet-Yabus and Talkalakh checkpoints, and 1,168 people (including 350 women and 596 children) from Jordan via the Nassib checkpoint," the bulletin said.

The center added that 543 internally displaced Syrians had returned to their places of permanent residence in the country over the given period.

The Syrian army engineering units have carried out the mine clearing operation in Jasim, al-Harra (Daraa province), Douma (Damascus), having cleared a total of 2.9 hectares (7.2 acres) of territory and destroyed 29 explosive devices, the center noted.
As the Syrian government has regained control over most of the country's territories that were seized by terrorists, it is now focused on creating favourable conditions for repatriating refugees.

Moscow is assisting Damascus in this process, along with providing humanitarian aid to civilians and being a guarantor of the ceasefire.