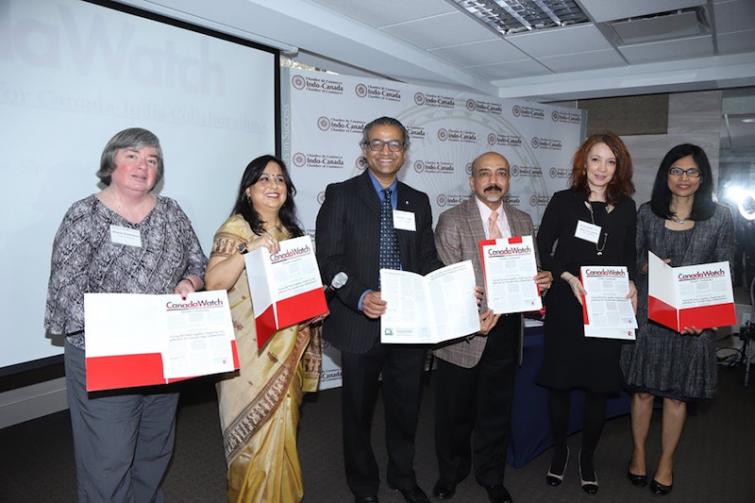 Toronto, June 6 (IBNS): While ties between India and Canada deepens with the ongoing expansion of Indian diaspora across the North American nation, the academic collaborations and researches are further strengthening the effort with  experts pinpointing the speedbreakers in that relationship.

The experts on Indo-Canadian issues are vocal about the opportunities as well as the obstacles between the two democracies as they continue to deliberate on the bilateral relations, cooperation and collaboration while highlighting the practical bottlenecks like visa hassles and appearing for English tests for Indians despite innate proficiency in the language.

One such discussion was witnessed recently with the official launch of a special issue of Canadawatch, organised jointly by Canada-India Project for Research and Innovation (CIPRI) of York Centre for Asian Research (YCAR), York University and Robarts Centre for Canadian Studies (RCCS) of York University.

With the Indo-Canada Chamber of Commerce (ICCC) a collaborator in the project, the special issue was launched by Professor Ashwin Joshi, director of the MBA Program, Schulich School of Business, at ICCC’s conference hall, at 924 The East Mall, Etobicoke, Ontario, last month.

This special issue, the first publication of its kind, is part of joint research project conducted by the scholars and experts involved with CIPRI of YCAR at York University and aims to highlight existing research and collaboration between Canada and India. 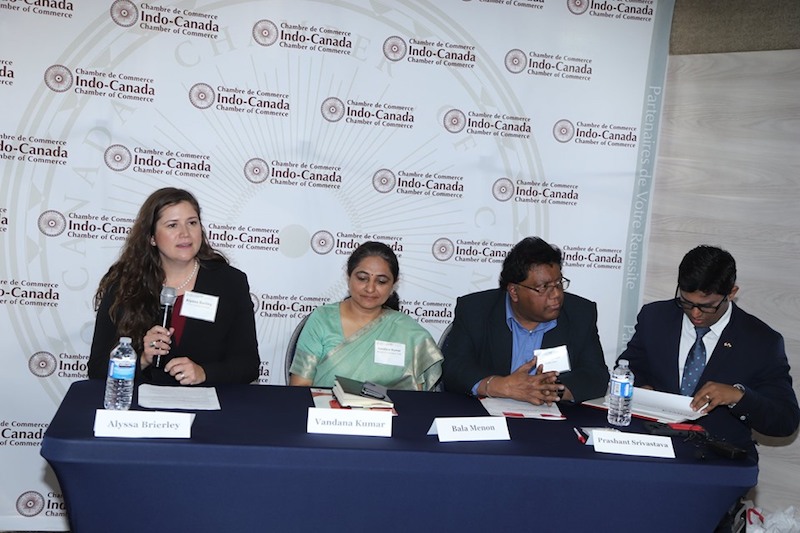 In his inaugural address, Pramod Goyal, president of ICCC said that this year ICCC has launched an India chapter in New Delhi to promote the engagement with Indian businesses sectors and that it also takes business delegations to India every year.

Academics and policy makers have been involved in the success of this publication. In this publication, interdisciplinary approach has been adopted by the authors to encompass various fields of social sciences, science, technology, engineering, and mathematics (STEM), and added more future efforts were needed to get the community involvement in such projects.

Another speaker, Dr. Nivedita Das Kundu, Director CIPRI, York Centre for Asian Research, York University, said that an edited book on the similar topic  was being processed for publication.

The next speaker, Ashwin Joshi, focussed on the key studies of the Canada-India relationship, structure of the business management program, the journey of how Schulich Master of Business Administration (MBA) programme was set up in India, and the challenges it faced.

His main focus was on building the proper mindset of Indian students, to understand their culture and be patient with them in their efforts to adapt to both the climate and culture of Canada.

Sheila Embleton, a professor at York University, who also headed Indo-Canada Shastri Foundation in Canada, spoke on the Canada-India collaboration in education front with main concern to resolve the superficiality of relationships between two countries due to personal relationships being replaced by the advanced technology like Skype and Facetime.

She also spoke of several obstacles to frequent travel between the countries due to delays and difficulties of visa grants, rejection of multiple entry visas for research purposes or to attend important conferences, insufficient funds, inability to travel to the other country for educational collaboration on a short notice, etc. 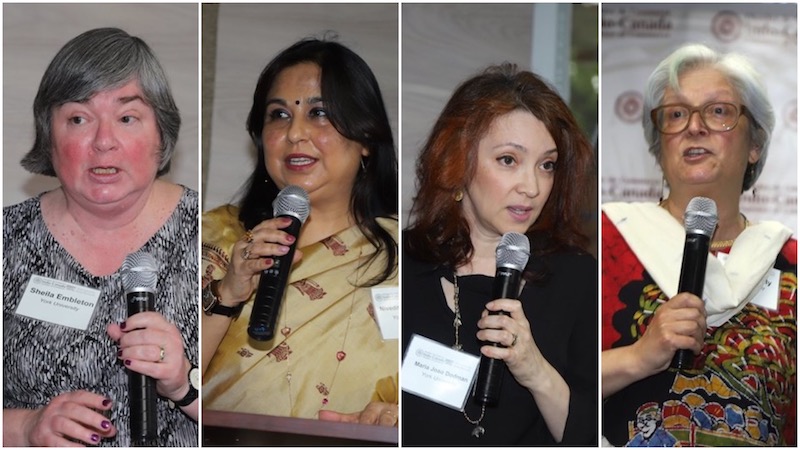 This hinders academic research collaboration between the two countries. She said augmentation of the research grants was an essential step. More frequent, affordable connecting flights, said Sheila Embleton, also should be considered.

Other existing barriers were lack of standard procedures for evaluation of Indian education degrees in Canada. Indian students who may be proficient in their English language and literature are required to take tests in Test of English as a Foreign Language (TOFEL), International English Language Testing System (IELTS), English as a Second Language (ESL) etc. to be eligible for visa grant.

Dawn R. Bazley, project investigator CIPRI and a professor at York University, said she approved of Embleton’s views on building personal relationships between the two countries in furthering the bilateral relations, cooperation and collaboration.

She had been working on green energy for three years. As a teacher of ecotourism in Shantiniketan - a university of national and international repute located in West Bengal, started by Nobel Laureate Rabindranath Tagore as an unique institution of learning - she found some similarities between ecotourism of Canada and India.

She also realised that the teachers in India should come down to the levels of students to teach them. She also talked about Canada’s challenge in the use of technology in policy decisions and tourism

She worked in India for her research. She talked about the food security issue and how it applied to Canadian context both in academic and in policy terms. She also talked about academic and policy learning for Canada and the right to food case in India.

Prof. Bazley was moderator for the panel discussion.

Dr. Vandana Kumar, joint secretary, department for promotion of industry and internal trade,  Government of India, started her presentation by mentioning that both the countries have great potential.

But trade between the two countries, she said, needed to improve. She said India is one of the fastest growing economy in the world and a top investment destination with potential areas of collaboration including infrastructure push, economy, investment in banking, food processing, education; renewable energy, food processing, IT & BPM, construction etc. Vandana Kumar added that Artificial Intelligence (AI) is a great strength for Canada and it can revolutionise the economy.

Bala Menon, editor of Weekly Voice, was another speaker. Menon’s presentation  was on "apathy and ignorance". He said that ignorance is the main hurdles in the Indo-Canada cooperation. Besides these, hostility, acceptance of mockery and false exaggeration, selling of sensational news like rape, random murders, caste system and riots were the other issues which caused great harm to the Indian diaspora in Canada.

After Menon’s speech, Bazley said regular communication between Indians and Canadians would be mutually beneficial to both countries.

The next speaker on the panel, Prashant Srivastava, director, South Asia Programme, Seneca College, presented some of the successful partnership experiences between Canada and India.

He said India holds the top place for Canada for business in all sectors. Srivastava said although India is a country of many cultures and languages, there is unity in diversity in their culture.

Srivastava summed up his talk by highlighting the benefits of successful partnerships like increased brand awareness, tacit marketing, exposure to multicultural communities which not only strengthens bilateral relationships but also facilitates experimentation and innovation. He said that the skilled workers in India’s education sector provide Canada with amazing opportunities.

Moderator of the panel discussion , Prof. Bazley concluded by saying that the discussions were extremely fruitful and added that it would be a pleasure for CIPRI to involve all the panelists for future advisory council meeting on improving Canada-India relations.

After question and answer session, mementoes were presented to the authors, speakers and panelists both by York University and ICCC.