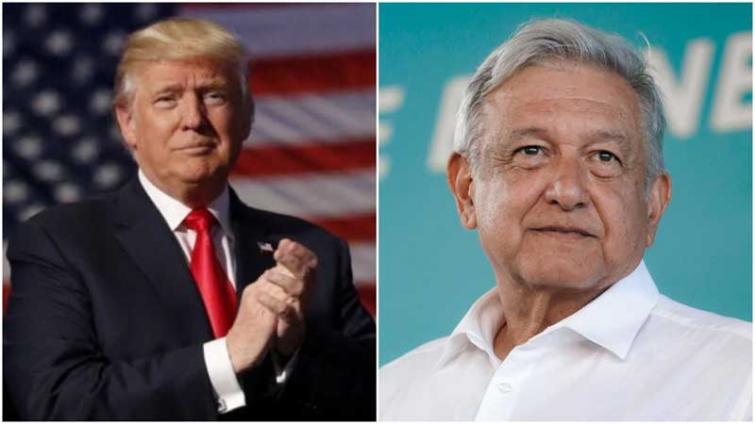 Obrador reacted after Trump said he will impose tariffs of 5 per cent on all Mexican goods from Jun 10 and will further increase the tariffs in the coming months if Mexico does not halt the cross-border illegal immigration.

He said: "President Trump, social problems cannot be solved with taxes or coercive measures. Why transform overnight the land that welcomed migrants from the world into a ghetto, a confined space, where those who strive and work hard to live free are stigmatized, mistreated, harassed, cast out and deprived of their right to Justice? The Statue of Liberty is not an empty symbol."

Staying away from confrontation with Trump, Obrador said: "I propose that we deepen our dialogue and seek real alternatives to address the issue of migration. Please bear in mind, that I do not act cowardly or timidly, but on principles. I believe in Politics that, among other things, was created to avoid confrontation and war. I do not stand by the Law of Talion, ‘an eye for an eye’ or ‘a tooth for a tooth,’ because it would leave us all blind or toothless. I believe that statesmen and, even more so those who stand for their Nation, must seek peaceful solutions to controversies and put into practice, at all times, the beautiful ideal of non-violence.

Finally, I propose that you instruct your Administration, if you would, to meet with the officials of our Government, headed by the Secretary of Foreign Relations of Mexico, who will soon be traveling to Washington to seek an agreement that benefits both our nations."

However, Trump said in a recent tweet that he wants prompt "action". The US President tweet, "Mexico is sending a big delegation to talk about the Border. Problem is, they’ve been “talking” for 25 years. We want action, not talk. They could solve the Border Crisis in one day if they so desired. Otherwise, our companies and jobs are coming back to the USA!"

Mexico is sending a big delegation to talk about the Border. Problem is, they’ve been “talking” for 25 years. We want action, not talk. They could solve the Border Crisis in one day if they so desired. Otherwise, our companies and jobs are coming back to the USA!