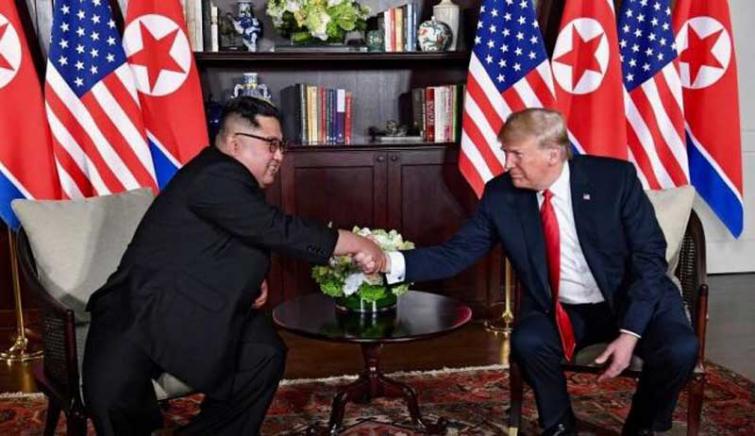 Washington, May 30 (Xinhua): US Special Representative for the Democratic People's Republic of Korea (DPRK) Stephen Biegun would travel to Singapore to discuss DPRK-related issues with South Korean and Japanese diplomats, US State Department said.

Biegun would travel to Singapore from Friday to Sunday to attend the Shangri-La Dialogue, the State Department said in a statement on Wednesday.

While in Singapore, Biegun would meet with his South Korean counterpart Lee Do-hoon and Kenji Kanasugi, director general of the Japanese Foreign Ministry's Asian and Oceanian Affairs Bureau, to discuss the denuclearization of the Korean Peninsula.

The denuclearization negotiation between Washington and Pyongyang has lost momentum since the impasse of the Hanoi Summit in late February between DPRK top leader Kim Jong Un and US President Donald Trump.

State Department spokesperson Morgan Ortagus said in a press briefing on Tuesday that the United States would continue to be focused on the relationship between Trump and Kim as well as dialogue.