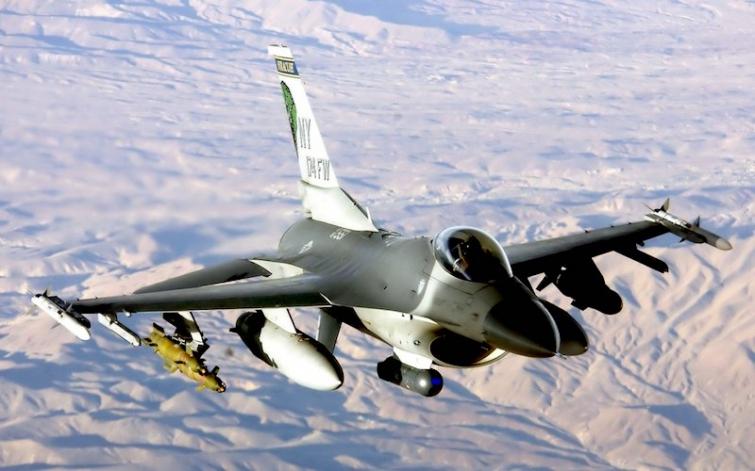 Washington, May 17 (UNI): A US F-16 fighter jet crashed outside March Air Reserve Base near the city of Perris in southern California, the base has confirmed, adding that five people on the ground were injured.

The jet slammed into the side of a commercial building off the base, on Van Buren Boulevard, about 1545 hrs on Thursday, March Air Reserve Base Deputy Fire Chief Timothy Holliday said.

"On May 16... an F-16 fighter aircraft assigned to the 114 Fighter Wing, Sioux Falls, SD, was conducting a training mission for North American Aerospace Defense Command and impacted the ground outside March Air Reserve Base in California," the statement said.

The pilot ejected onto the airfield and later was transported to a local hospital for evaluation. Also five people on the ground received injuries, according to the statement.

Riverside County Sheriff's Department called upon the local residents to stay away from the area of the incident.

According to local media, the jet crashed into a warehouse, igniting a small blaze. The fire was promptly extinguished.

The F-16 was assigned to the Air National Guard, a federal military reserve force under the Air Force, officials said.