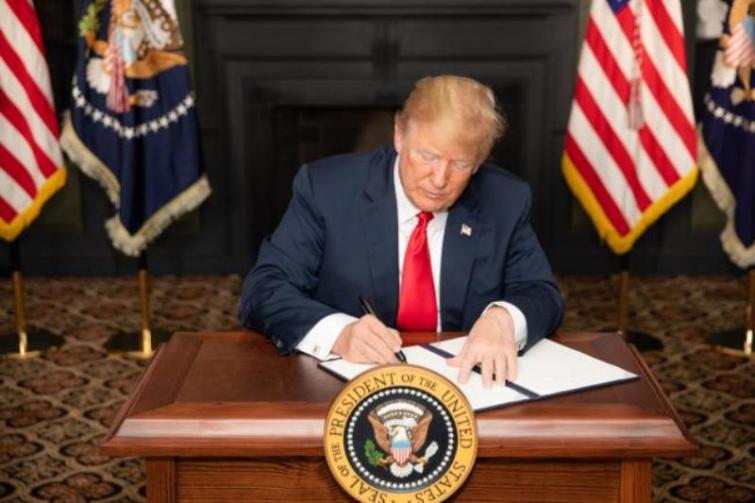 Moscow, May 17 (Sputnik/UNI) US President Donald Trump said he has decided to end the preferential trading regime with Turkey under the Generalized System of Preferences (GSP) as of Friday.

"In Executive Order 11888 of November 24, 1975, the President designated Turkey as a beneficiary developing country for purposes of the Generalized System of Preferences (GSP) ... I have determined that, based on its level of economic development, it is appropriate to terminate Turkey's designation as a beneficiary developing country effective May 17, 2019," Trump said in a proclamation, issued by the White House late on Thursday.


"Consistent with my determination that it is appropriate to terminate the designation of Turkey as a beneficiary developing country under the GSP, effective May 17, 2019, I have determined to remove it from the list of developing country WTO Members exempt from application of the safeguard measures on CSPV products and large residential washers," the proclamation added.


The GSP allows specific products from over 120 developing countries and territories to enter the United States duty-free.