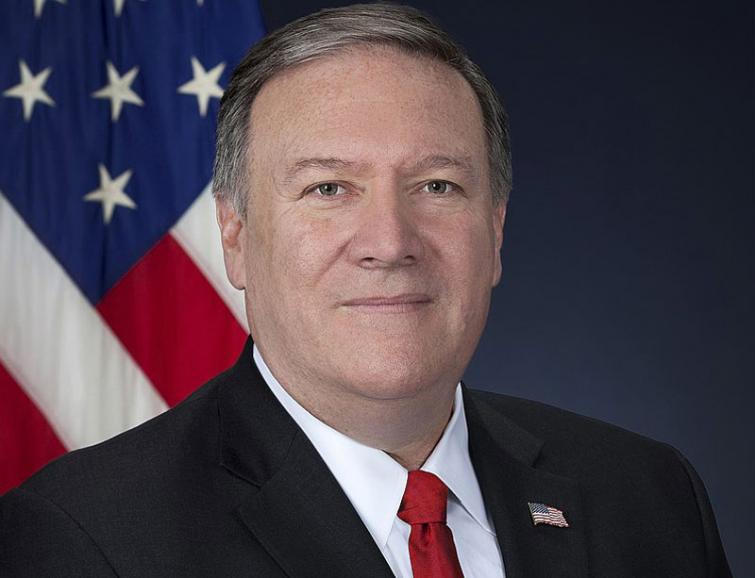 Washington, Mar 23 (Xinhua/UNI) US Secretary of State Mike Pompeo has talked with the head of the North Atlantic Treaty Organization (NATO), Jens Stoltenberg, over the phone to discuss plans of an upcoming meeting of NATO foreign ministers and Stoltenberg's address to the US Congress, the US State Department said on Friday.

According to a statement issued by State Department deputy spokesperson Robert Palladino, Pompeo and Stoltenberg "discussed plans for the meeting of NATO Foreign Ministers to be held April 3-4 in Washington, D.C. where Allies will mark the 70th anniversary of NATO's founding and take stock of the Alliance's efforts to address the full range of challenges facing the Alliance."

"They also discussed the Secretary General's planned address to a joint session of the US Congress and the value of that event in highlighting the enduring transatlantic bond," the statement reads.

The relations between Washington and other NATO partners in Europe have been challenged by potential US tariffs on imported cars from Europe, the United States' plan of withdrawing troops from Syria, and Washington's complaint about Europe's alleged lack of commitment to raising defense spending, among others.

During her recent tour to Washington, French Defense Minister Florence Parly reportedly said on March 18 that "a question mark has emerged" over the transatlantic alliance.

Noting Washington's "current atmosphere of withdrawal: withdrawal from battlefields, from treaties, from trade pacts," she said that efforts need to be made in "building a European autonomy" as that question remains unanswered.
"What Europeans are worried about is this: Will the US commitment be perennial?" Parly asked. "The alliance should be unconditional, otherwise it is not an alliance."

Some European leaders, including French President Emmanuel Macron and German Chancellor Angela Merkel, have mentioned the establishment of "a true European army," which was criticized by US President Donald Trump as "very insulting."

Trump said on Tuesday that he might support Brazil in joining NATO, which is also expected to become a topic at this meeting of foreign ministers from NATO members.