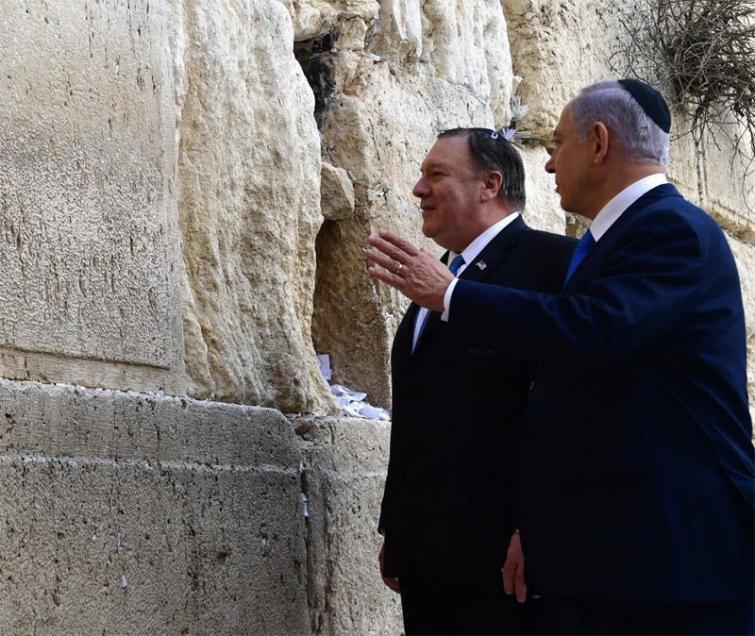 Washington, Mar 22 (Sputnik/UNI) US Secretary of State Michael Pompeo while accompanied by Israeli Prime Minister Benjamin Netanyahu made a historic visit to the Western Wall in Jerusalem.

The development marked the first time that a sitting US secretary of state has visited the western wall in an official capacity while accompanied by a senior Israeli official, the Times of Israel reported, which could be seen as implicit recognition by Washington of Israeli sovereignty over the contested Jewish holy site, and thereby a shift in American policy.


"This was incredibly special," Pompeo told the Christian Broadcasting Network (CDN) after the visit on Thursday. "To be there with the Israeli prime minister… was really an important moment. It was special for me as a Christian. It was special I think to show the commitment the United States has to this democracy, this Jewish nation of Israel."


Pompeo’s visit comes a year after the Trump administration moved the US Embassy in Israel from Tel Aviv to Jerusalem.


Earlier in the day, President Donald Trump sent a Twitter message saying that 52 years after the Israeli Army conquered the Golan Heights from Syria it was time for the United States to fully recognize Israel's Sovereignty over the area.