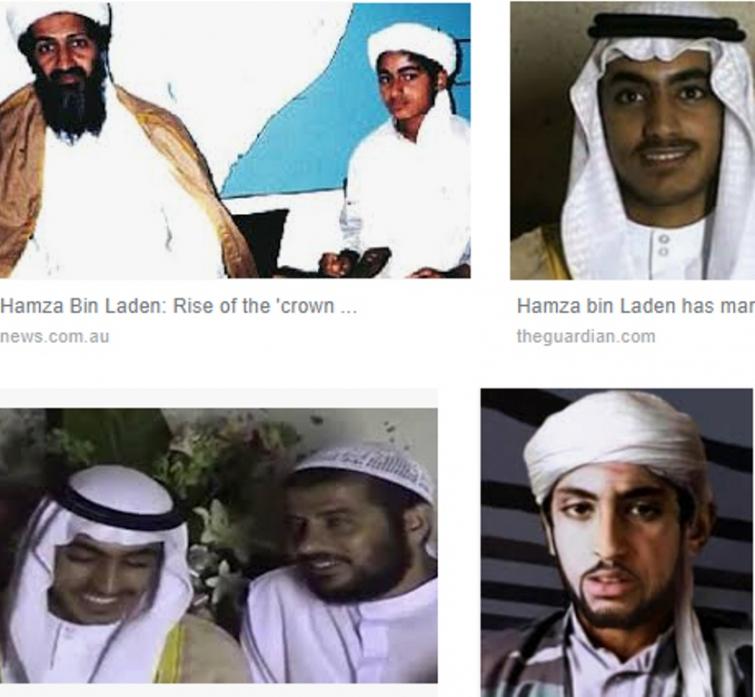 Washington, Mar 1 (IBNS): The U.S. Department of State's Rewards for Justice Program on Friday said it is offering a reward of up to $1 million for information leading to the identification or location in any country of al-Qa’ida (AQ) key leader Hamza bin Laden.

Hamza bin Laden is the son of deceased former AQ leader Usama bin Laden and is emerging as a leader in the AQ franchise, read the statement issued by the  U.S. Department of State.

On January 5, 2017, the Department of State designated Hamza bin Laden as a Specially Designated Global Terrorist pursuant to Executive Order 13224.

As a result of the designation, all of Hamza bin Laden’s assets based in the United States or in the possession or control of U.S. persons are frozen, and U.S. persons are generally prohibited from engaging in transactions with him.

AQ and its supporters conducted three bombings targeting U.S. troops in Aden in December 1992, and claimed responsibility for shooting down U.S. helicopters and killing U.S. soldiers in Somalia in 1993.

AQ also carried out the August 1998 bombings of the U.S. embassies in Nairobi and Dar es Salaam, killing up to 300 individuals and injuring more than 5,000. In October 2000, AQ conducted a suicide attack on the USS Cole in the port of Aden, Yemen, with an explosive-laden boat, killing 17 U.S. Navy sailors and injuring 39 others.

On September 11, 2001, 19 AQ members hijacked and crashed four U.S. commercial jets – two into the World Trade Center in New York City, one into the Pentagon, and the last into a field in Pennsylvania.

Nearly 3,000 civilians, police, and first responders were killed. The dead included U.S. citizens and foreign nationals from at least 77 countries.