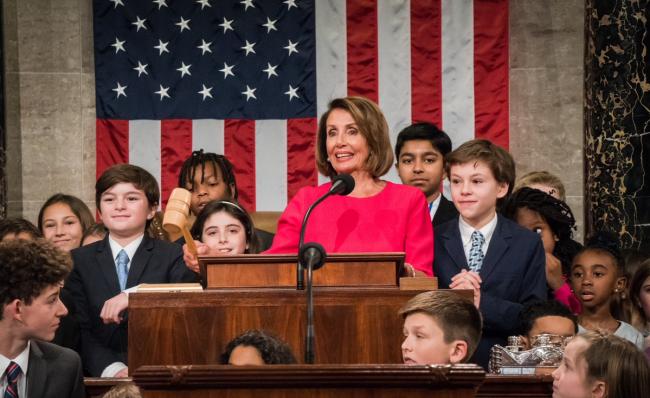 Washington, Jan 4 (IBNS):  Nancy Pelosi, the newly-elected Speaker in the House of Representatives, has invited US President to deliver the State of the Union address.

The address is scheduled to be delivered on Jan 29.

Pelosi tweeted: "I have invited @realDonaldTrump to deliver his State of the Union address before a Joint Session Congress on Tuesday, January 29, 2019. https://goo.gl/tze9TP."

California Democrat Nancy Pelosi has been elected as the Speaker of the US House of Representatives.

She took charge after several lawmakers sworn in on Jan 3.

After the US midterm elections, the Democrats gained control in the House of Representatives.

Pelosi took hold of the gavel as several women lawmakers entered the House.

The 78-year old Speaker has been quoted by BBC, "I'm particularly proud to be a woman Speaker of the house of this Congress, which marks the 100th year of women having the right to vote."

"And, that we all have the ability and the privilege to serve with over 100 women members of Congress - the largest number in history."