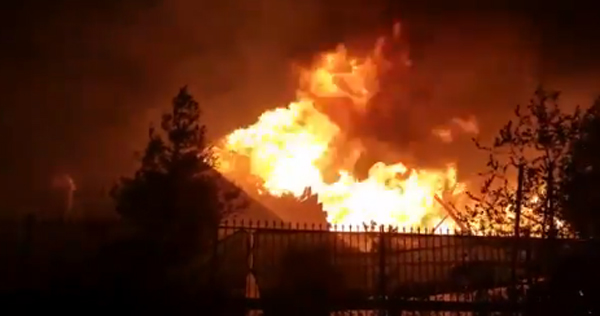 California, Nov 10 (IBNS): At least five people were killed as two wildfires raged in US state of California, media reports said on Saturday.

At least 150,000 people have been evacuated from the US state.

Intense winds fueled the #WoolseyFire overnight. Information regarding the fire, which started in Ventura County, can be found at: https://t.co/bHvQyeV2kG - Interactive Map for LA City: https://t.co/6zF8tupXK2 pic.twitter.com/reXJ7PFtDG

One of three major wildfires roaring though California has obliterated 80 to 90% homes in one town and left five people dead, officials told CNN on Friday.

"There's really not much left. There are very few homes still standing and we've been in multiple different neighborhoods this afternoon," Mayor Jody Jones told the news channel.