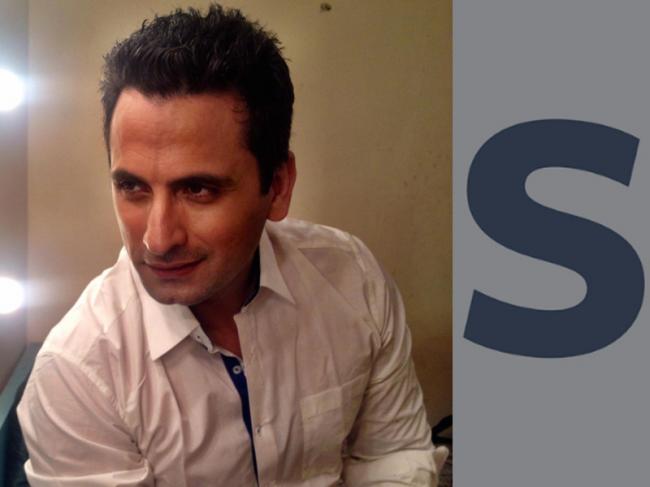 "The basic philosophy behind this launch," said Jai Kalra, the creator and host of the Stories of Success, "is to be a role models for the second generation as well as to the new immigrants who struggle hard to adapt themselves to the new diverse communities in Canada and inculcate in them the values of this culture with their own."

The launch event was organised recently where the key participants of the show shared their views in a nutshell.

Mary Ann (Domitrovic) Yule, President & CEO of HP Canada, said in her message to the community to teach new immigrants and children from different diverse communities to adapt to Canada’s one of the most diverse culture. She said that as a business leader her goal is to take full responsibility for the mentorship lessons as a role model and include the opinions of others and to get the best from others, to be a mediator between the aggressive and the silent people.

Pavi Binning, President, Wittington Investments -- the holding company of Weston Family that own high street brands such as Loblaws, Shoppers Drugmart, No Frills, Holt Renfrew and many more -- said that his message to the community was that hard work, integrity and the family orientation, to show passion and integrity in the business with the aim to create value for your shareholders and to motivate and empower people.

Steve Gupta, President & CEO of Easton’s Group of Hotels and The Gupta Group, whose company operates 29 hotels in GTA under popular  such as Holiday Inn, Marriott, Westin and many more. To inspire the next generation and the new immigrants to motivate purpose in their lives, to influence some shy people to become outgoing and develop confidence was his key message to the community. He added that this show would encourage hard work, optimism and encouragement to be surrounded by talented and right people and to take challenges and obstacles of their lives as essential for one’s success.

Raman Dua, President & Founder of Savemax, a leading real estate brokerage in Mississauga and Brampton area with sales of over $2 billion since their inception nine years ago, stressed that hard work, sincerity and integrity and facing challenges like tough competition are essential for one’s success.

Raza Hasan, Chief Risk Officer, HSBC, Canada’s 7th largest international branch with more than 130 branches in Canada, said that Canada being selected as a key international marketing place is equipped with creditable staff had been helping new immigrants in their integration with and adapting to the diverse working cultures by holding training sessions to coach them and by taking care of their financial needs. Hard work, take calculated risks to climb the corporate ladder and not being too comfortable in their jobs and helping new immigrants in integrating with and adapting to the diverse working cultures in Canada were Hasan's key message to the community.

Surjit Babra, CEO & Founder, Skylink Capital Corp.said that the community should develop the habit of hard work, work smartly and to know when to stop. A desire to want to succeed is the basis and the people should have good mentors to encourage them in having a mission with a good action plan, to develop leadership qualities to take right steps at the right time in the right direction.

Dr. Y. Raja Rampersaud, MD, FRCS(C), a leading spine surgeon in the world, is a Professor in the University of Toronto, Divisions of Orthopaedic and Neurosurgery. His achievements have been documented many times. Proper education with latest techniques at one’s finger tips, hard work, facing challenges, taking risks, learn from one’s failures, to be creative in a broader environment, proper research methodology, being pragmatic in one’s approach and not wait for the perfectionism are the key characteristics of one's success, said Rampersaud.

Lata Pada, Recipient of Order of Canada for her contribution to Indian Classical Dance, was one of the 15 Indians to be awarded the Pravasi Bhartiya Samman, an honor given to Oversees Citizens of India. She said that artists are mirror to the society and they should encourage and mentor the younger generation and new immigrants to be proud of who they are and should be taught to celebrate their unique identity. The new immigrants should be industrious and passionate about their learning, to develop new skill sets and be creative to facilitate in opening more doors in their lives, and most importantly to give back to the community. She also added that classical dance is by no means old fashioned as it can be as current, as modern and as contemporary as we want it to be.

Raj Kothari, Vice-Chair PwC Canada is one of the first partners of South Asian origins on Bay Street and sits on prestigious boards likes Aga Khan Foundation, Toronto General and Western Hospital and many more. In his message to the community, Kothari said one should not to compare oneself with any one but to compare oneself to who the person wants to be.

Ali Kizilbash, Founder, President, TWI Foods, owns the famous Crispy Brand. It is a front runner in ethnic markets with its product lines of Crispy Naan Breads, Cake Rusks, Flatbreads, cookies and many more. They have won many recognitions, including one of the best export companies of Ontario. No job in this world is low and one should take up challenges in one’s job with pride and dignity, was his message to the community.