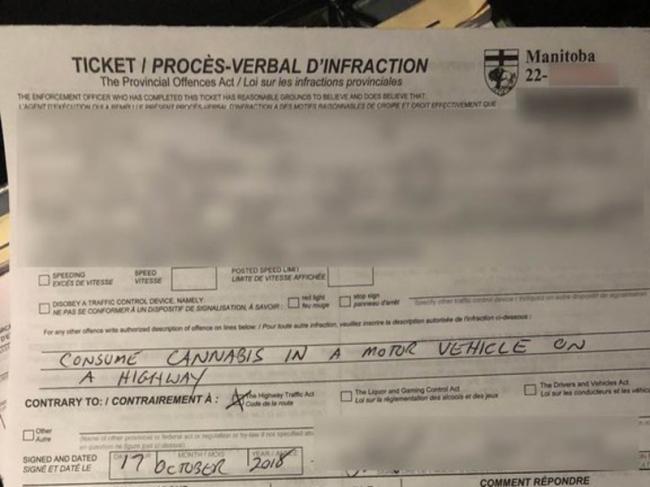 Winnipeg, Oct 18 (IBNS): Winnipeg police are issuing tickets to all those who are consuming cannabis in vehicles, which is contrary to the Cannabis Act, media reports said.

The use of recreational cannabis has been legalised across Canada a day ago.

However, consuming cannabis while driving or in the vehicle is contrary to the law.

Canada is the second country to legalise the use of recreational cannabis.

Uruguay was the first country to legalise recreational cannabis.

According to BBC, the first recreational cannabis (which was to be legally bought) was purchased at midnight on Wednesday. It was bought on the island of Newfoundland.