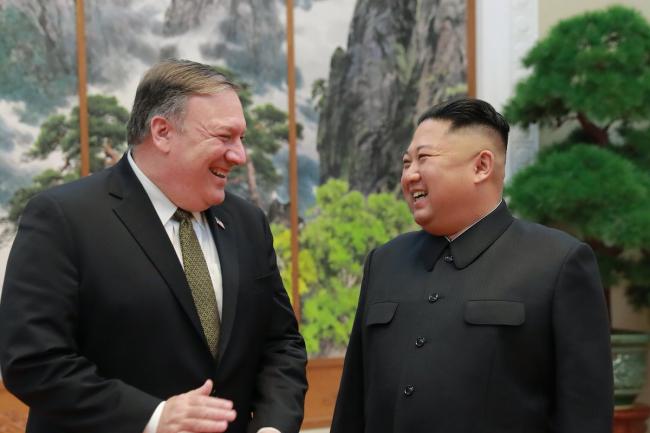 The US said the issue of possible second meeting between US President Donald Trump and Kim was also discussed between the two leaders.

In a statement, State Department spokesperson Heather Nauert said, "They discussed the four elements contained in the U.S.-DPRK Singapore Summit Joint Statement signed by President Trump and Chairman Kim. They also discussed the upcoming second summit between President Trump and Chairman Kim and refined options for the location and date of that next summit."

"Secretary Pompeo and Chairman Kim also agreed to instruct their respective working-level teams to meet soon to intensify discussions on the key remaining issues to deliver on the Singapore Summit Joint Statement," read the statement.

Chairman Kim invited inspectors to visit the Punggye Ri nuclear test site to confirm that it has been irreversibly dismantled.

"President Trump looks forward to continuing to build upon the trust established with Chairman Kim in Singapore and anticipates meeting again soon," read the statement.

.@SecPompeo had a good meeting with Chairman Kim today in Pyongyang. Progress made on Singapore Summit Agreements! I look forward to seeing Chairman Kim again, in the near future. pic.twitter.com/bUa2pkq80s

".@SecPompeo had a good meeting with Chairman Kim today in Pyongyang. Progress made on Singapore Summit Agreements! I look forward to seeing Chairman Kim again, in the near future," Trump tweeted.

Trump and Kim met in Singapore this year.

It was the first meeting between the two leaders.