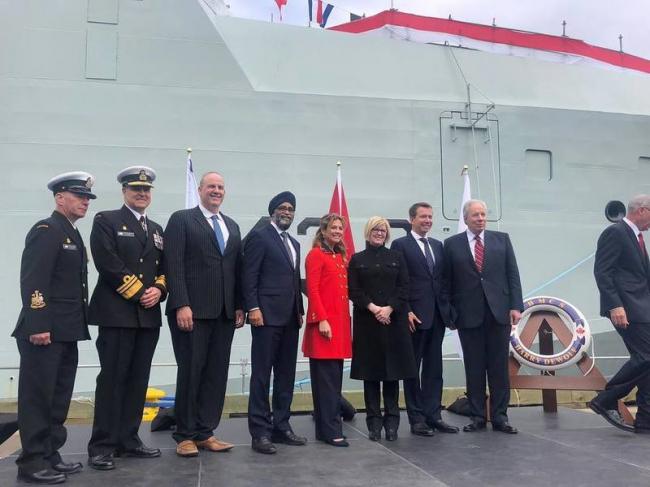 The ship has been named after veteran soldier Vice-Admiral Harry DeWolf.

DeWolf reportedly oversaw the rescue of 42 sailors from HMCS Althabaskan on Apr 29, 1944 during the Second World War.

Praising the Vice-Admiral, Sophie Gregoire Trudeau said as quoted by CTV News, "His perseverance and his hope for a better country, we all need more of it. Canada needs more of it."

"He was decorated many times for outstanding service throughout his naval career. He was a local hero to many because of his exceptional character and bravery."

The ship is reportedly the first of at least five Arctic and offshore patrol vessels.

Sophie even lauded the navy members for their hard work.

She has been quoted by CTV News as saying, "We all share this path of hard work, this path of service, and we are one big family. We must continue to surround and encourage the work of so many exceptional Canadians that will be on board this ship."