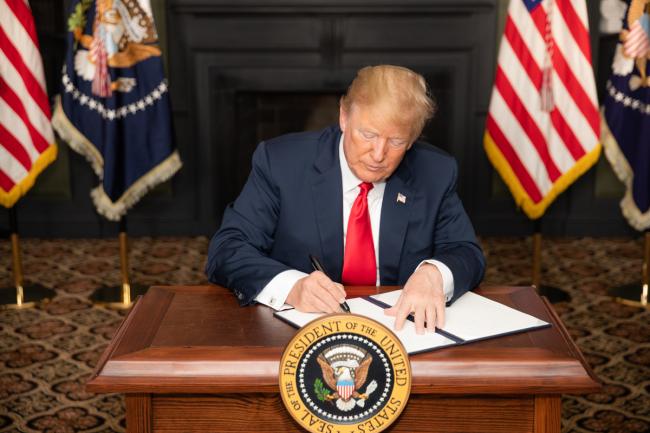 Donald Trump threatens to pull out US from WTO

Washington, Aug 31 (IBNS): US President Donald Trump on Friday warned that his nation might withdraw from the World Trade Organization (WTO).

Trump said he might make the move if the WTO makes no changes in the way it treats the US.

“If they don’t shape up, I would withdraw from the WTO,”  Trump told Bloomberg News.

Trump told the media that the agreement establishing the body “was the single worst trade deal ever made.”

The World Trade Organization (WTO) is an intergovernmental organization that regulates international trade.

The WTO officially commenced on 1 January 1995 under the Marrakesh Agreement, signed by 124 nations on 15 April 1994, replacing the General Agreement on Tariffs and Trade (GATT), which commenced in 1948.