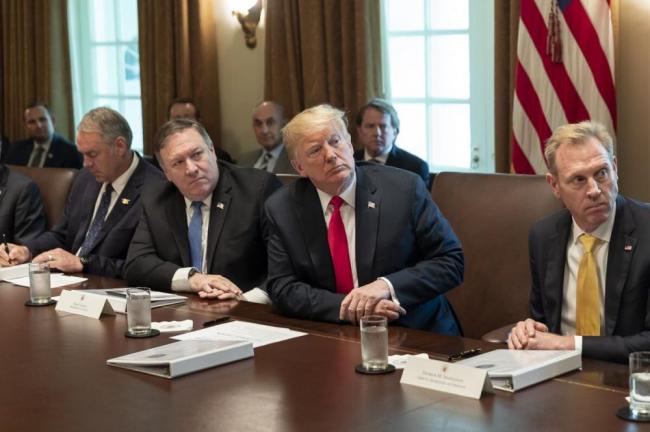 In a series of tweets, Trump said that China is resorting to such tactics as it is involved in a major trade dispute with the US and wants to gain advantage from the situation.

However, he said that his personal relationship with both North Korean leader Kim Jong un and China's President Xi Jinping is very good.

Trump said that the China issue will be solved later by himself and Jinping.

"STATEMENT FROM THE WHITE HOUSE
President Donald J. Trump feels strongly that North Korea is under tremendous pressure from China because of our major trade disputes with the Chinese Government. At the same time, we also know that China is providing North Korea with considerable aid, including money, fuel, fertilizer and various other commodities.

This is not helpful! Nonetheless, the President believes that his relationship with Kim Jong Un is a very good and warm one, and there is no reason at this time to be spending large amounts of money on joint U.S.-South Korea war games. Besides, the President can instantly start the joint exercises again with South Korea, and Japan, if he so chooses. If he does, they will be far bigger than ever before.

As for the U.S.–China trade disputes, and other differences, they will be resolved in time by President Trump and China’s great President Xi Jinping. Their relationship and bond remain very strong," Trump said.

After a brief progress, where North Korea could be seen dismantling one of its rocket launching site, the country stopped undertaking such ventures, citing irregularities from some US officials.

A few days ago, Trump ordered US Secretary of State Mike Pompeo to defer his North Korea visit, as the former deemed that insufficient progress was made by the Asian nation, pertaining to the dismantling of its nuclear programme.