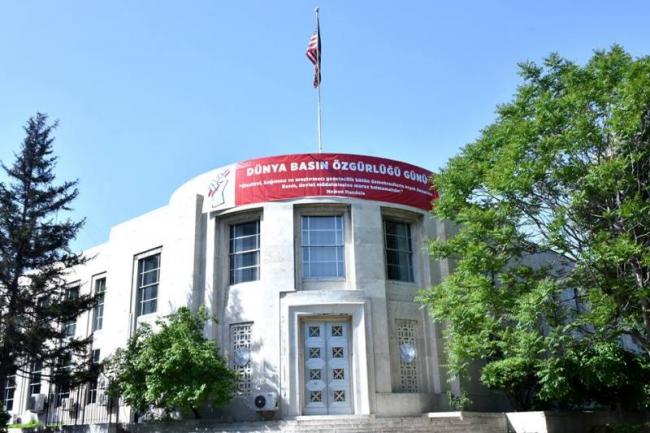 Gunshots fired at US Embassy in Turkey amid diplomatic row, no casualties: Reports

Ankara, Aug 20 (IBNS): Amid an ongoing diplomatic clash, the US embassy in Turkey's capital Ankara came under attack on Monday,  reports said.

Several gunshots were fired at the US Embassy from a car, damaging a window of a security check post.

However, no casualties have been reported so far.

The incident took place at around 5 am.

An investigation has been initiated to nab the assailant who fled in a white car.

Meanwhile, Turkey and the US are at loggerheads, imposing economic sanctions against one another.

The row started demanding the release of a US pastor, who is in captivity in Turkey.

Pastor Andrew Brunson is in jail in Turkey for nearly two years now. According to reports, he has been locked up due to his alleged links with outlawed political outfits.

The US sanctions have cost Turkey dearly. Almost one third of the Lira's value against the US Dollar has fallen since January this year.

Through it has managed to salvage some points, the overall value still remains low.

Making the threat public, US President Donald Trump had said last week that Turkey has taken advantage of America for many years and that he was cutting back on Ankara.

"Turkey has taken advantage of the United States for many years. They are now holding our wonderful Christian Pastor, who I must now ask to represent our Country as a great patriot hostage. We will pay nothing for the release of an innocent man, but we are cutting back on Turkey!" his tweet read.

Adding to Trump's statement, US Treasury Secretary Steven Mnuchin said: "We have more that we are planning to do if they don't release him quickly."

However, Turkey President Recep Erdogan's administration has said that it would not give in under pressure from the USA.

A Turkish court has refused to let go of the American pastor, while, Turkey too has imposed tariffs on imports from the US of cars, alcoholic drinks and leaf tobacco.

The US pastor is facing charges of keeping contacts with the Kurdistan Workers Party and the Gulenist movement, which Erdogan blames for a failed coup a couple of years ago.

If found guilty, Brunson could face three and a half decades behind bars.

However, he has pleaded not guilty.