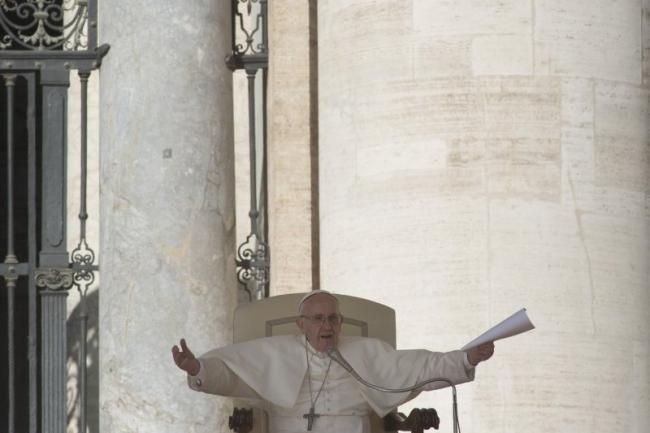 Vatican City, Aug 17 (IBNS): The supreme leader of the Catholic faith, Pope Francis has slammed the disgraced priests named in the child sex abuse investigations carried out in the United States of America by a grand jury.

In a statement, the Vatican said that it wanted to listen to the victims in order to "root out this tragic horror".

The investigations were done in the state of Pennsylvania and included six dioceses.

It established that over 1000 minors were abused by 301 priests in the state for the last 70 years.

This, the report said, were found from the church's own records.

It also said that the investigations found a systematic cover up as many were unable to register a complaint.

"We believe that the real number - of children whose records were lost or who were afraid ever to come forward - is in the thousands," statement released by the court on Tuesday read.

"All of them were brushed aside by church leaders who preferred to protect the abusers and their institution above all," it added.

Meanwhile, the US Conference of Catholic Bishop has called for an investigation led by the Vatican.

Cardinal DiNardo of Texas said in a statement on Thursday that the church is now "faced with a spiritual crisis that requires not only spiritual conversion, but practical changes to avoid repeating the sins and failures that are so evident in this recent report".

He said that it is a "failure of episcopal leadership".

Lashing out at church officials, State Attorney General Josh Shapiro told the media: "Church officials routinely and purposefully described the abuse as horseplay and wrestling and inappropriate conduct. It was none of those things. It was child sexual abuse, including rape."

Meanwhile, the report also pointed out faults of Washington DC Archbishop Cardinal Donald Wuerl, who was formerly associated with the Pittsburgh diocese. It said that he concealed reports of sexual abuse.

However, defending himself, the Archbishop said in a statement that he "acted with diligence, with concern for the survivors and to prevent future acts of abuse".

He further said: "The report will be a reminder of grave failings that the Church must acknowledge and for which it must seek forgiveness."

During the investigations, the grand jury examined more than 500,000 pages of internal documents from every diocese in the state except Philadelphia and Altoona-Johnstown.

The two dioceses had already been investigated earlier.

It said, most victims were either manipulated or drugged. Some victims also had trouble convincing their family members of the abuse they had sustained.

Pennsylvania presently houses over three million Catholics and has had the highest number of investigations pertaining to child sex abuse.

Earlier this year, the investigations led to the resignation of former Washington DC Archbishop Cardinal Theodore McCarrick, who was named as one of the abusers.

He reportedly molested children and adults for decades.

In Australia, a similar investigation had led to the resignation of Adelaide Archbishop Philip Wilson, who too concealed child sex abusers for years.

Earlier this week, an Australian curt found him guilty and sentenced him to a 12-month house arrest.

Serving the verdict the court said that the priest would be tracked using a tracking device and would be eligible for parole after serving six months of his 12-month sentence.

According to reports, Wilson showed indifference when confronted by a victim, who demanded his apology.

Magistrate Robert Stone, who presided over the case, said Wilson was privy to the incidents, however, he chose to remain silent in order to protect the church's reputation.