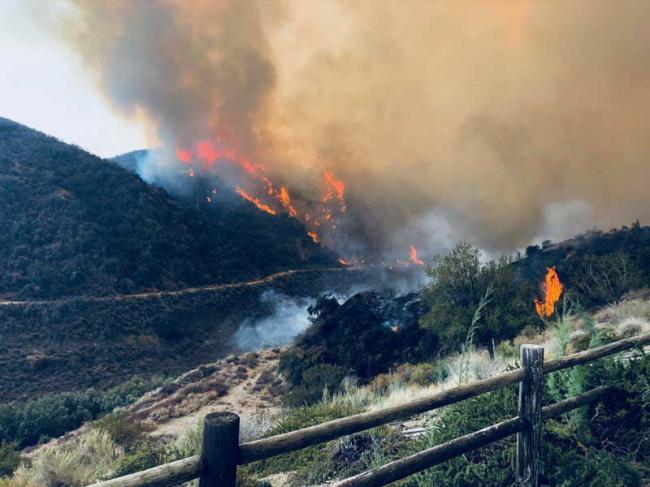 A mandatory evacuation order was placed as the blaze, termed Holy fire, grew in size.

The Holy fire is one among 18 fires presently ravaging the state. It has already eaten away 19,000 acres of forest north of San Diego.

Meanwhile, a person, who is suspected of starting the fire, has been produced in court accused of arson.

He has been identified as 51-year-old Forrest Clark. According to local media reports, Clark started the fire following a decade-long dispute with his neighbours.

The incident took place on Monday.

More than 600 volunteers are fighting the blaze, however, strong winds have prevented them from making significant progress.