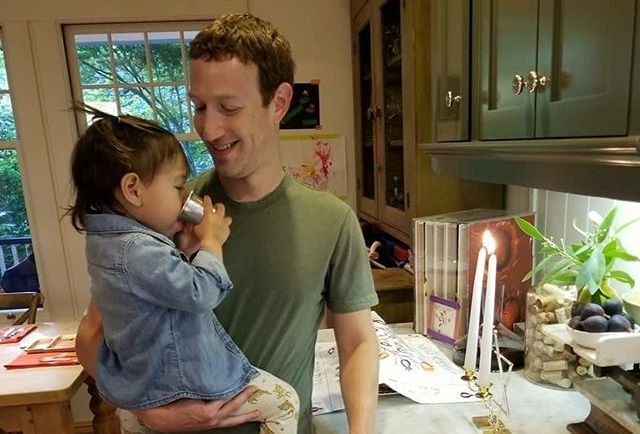 Zuckerberg jumped ahead on Friday with a net worth of $81.6 billion, according to calculations by Bloomberg.

That put him about $373 million in front of Buffett, the legendary investor and Berkshire Hathaway (BRKA) CEO.

Zuckerberg claimed the No. 3 spot on the Bloomberg Billionaires Index because Facebook (FB)shares rose 2.4 per cent.  The stock has spiked about 15 per cent this year.

For the first time, the three richest people alive are all tech titans. Amazon's Jeff Bezos, worth about $141 billion, is first, followed by Microsoft (MSFT) founder Bill Gates, according to the Bloomberg index.