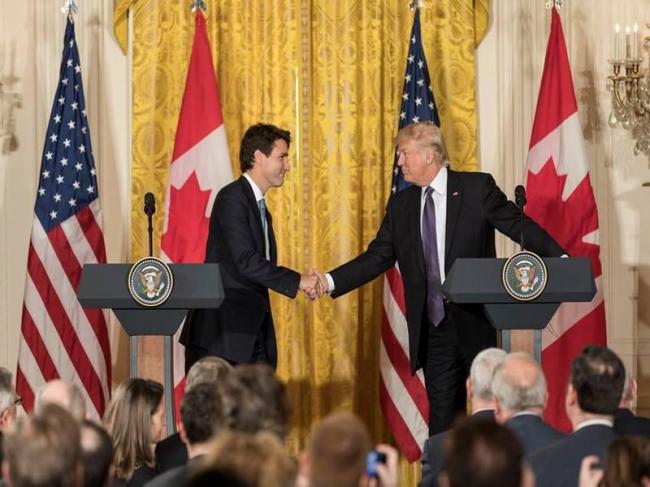 Trump is calling on Trudeau as the latter is preparing himself for the NATO Summit in Brussels.

The meeting is likely to occur over the alliance's defence spending targets.

In a letter, which was sent by the US President on Jul 19, Trump expressed the US' "growing frustration" with NATO allies like Canada, that have not increased the defence spending as it was promised.

"The United States is increasingly unwilling to ignore this Alliance's failure to meet shared security challenges," Trump has been quoted by CTV News.

The latest development came amid tension between the two countries over North American Free Trade Agreement (NAFTA) and the imposition of tax on Canadian steel and aluminium export by Trump administration.

Trump originally imposed tariffs in March and had earlier exempted Canada, Mexico and the EU to buy time for negotiations.

Countering Trump administration, Trudeau has imposed tariffs on imported steel, aluminium and other products from the US.

The NAFTA is an agreement which came into force from January 1994 by Canada, Mexico and United States creating a trilateral trade bloc in North America.

Trump has alleged that the US faced severe losses in trade pacts with Canada and Mexico, the two partners of NAFTA deal.

For more than two years, US President Trump criticised the agreement and also hinted to take some serious steps being in the administration or at least send some ultimatums.

Trump reportedly wants the treaty to be more fair.