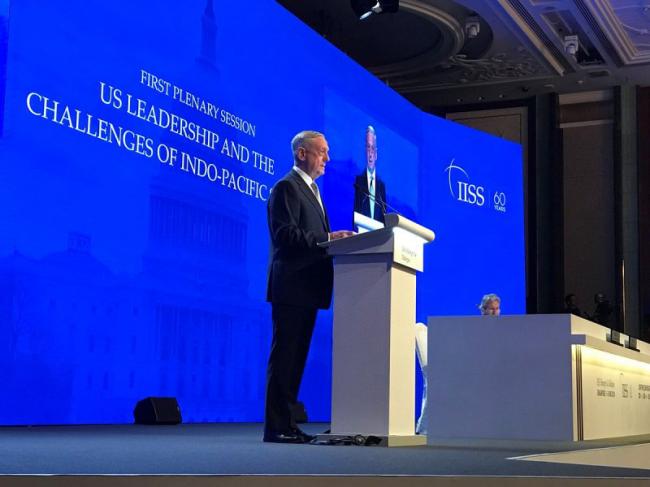 Singapore, Jun 2 (IBNS): Addressing a programme in Singapore, US Defence Secretary James Mattis ha said that China is intimidating its neighbours with the use of missiles, reports said on Saturday.

Mattis made the comment while speaking about the disputed South China Sea.

"Despite China's claims to the contrary, the placement of these weapon systems is tied directly to military use for the purposes of intimidation and coercion," Mattis said.

Making his country's stance clear ahead of the historic meet between North Korean leader Kim Jong-un and US President Donald Trump, Mattis said that it will not feature the issue of US troops in South Korea.

He also said that US wants complete denuclearisation in the Korean peninsula.

Warning Beijing, Mattis said that even though US wants a constructive relationship with China, the former is willing to compete with the latter if the need arises.

"I believe there are much larger consequences in the future when nations lose the rapport of their neighbors," he said.

"We're prepared to support China's choices if they promote long-term peace and prosperity for all in this dynamic region," Mattis added.