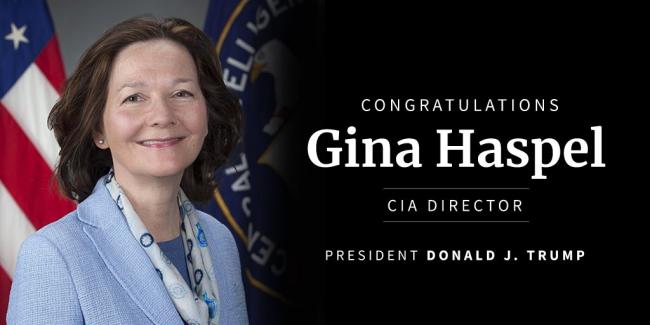 Washington, May 18 (IBNS): The US Senate has approved the appointment of   CIA's first female director, media reports said.

"Gina Haspel's confirmation in a 54-45 vote follows a partisan fight among senators about the CIA's Bush-era use of techniques such as waterboarding," BBC reported.

The appointment became necessary after  Mike Pompeo, former CIA chief, left the job to become US Secretary of State.

Trump has congratulated Haspel over the appointment.

He tweeted: "Congratulations to our new CIA Director, Gina Haspel!"