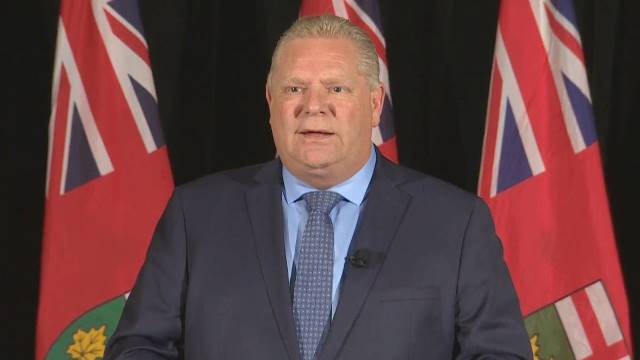 "I don't believe in safe-injection areas, as I call them. I believe in supporting people, getting them help," Ford said in Sarnia, Ontario.

"I ask anyone out there, if your son, daughter or loved one ever had an addiction, would you want them to go in a little area and do more drugs? I'm dead against that."

Ford reportedly said that opioid crisis costs more than $1,000 a day for someone to go to rehab, and added he would provide help to people who were struggling with addiction. He also added that if he became premier in June, he will do everything in his power to eradicate the ongoing opioid crisis.

When pressed for details, his campaign members said Ford would release his plan to address mental health and the opioid crisis in the coming weeks.

The governing Liberals had reportedly promised to add 30,000 new long-term care beds in the next decade to which New Democrats had said they would create 40,000 in that time.