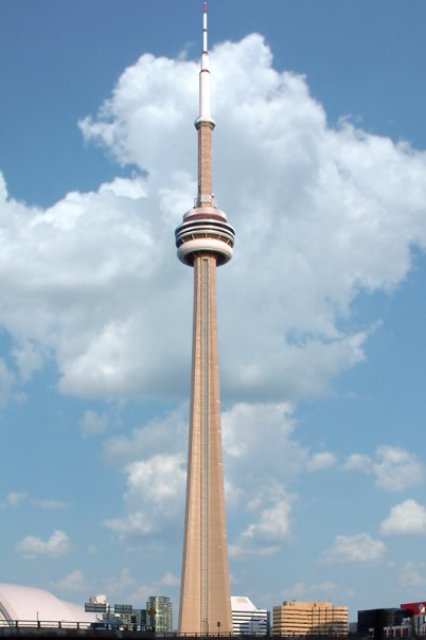 Toronto, Apr 19 (IBNS): The CN Tower will remain closed until further notice due to Toronto police’s concerns about falling ice, media reports said.
“As you can imagine that could do some serious damage," said Sgt. Chris McCann, who is overseeing the closed area.

Chunks of ice were “raining down” from the tower as recently as yesterday morning, McCann said, and added while ice sheets did not fall off the tower in one piece, other large pieces have been spotted falling off the tower.

The 553-metre tower has been closed to the public since Monday morning, after a spring ice storm in the region.

Inspectors examined the tower again yesterday and found that although the situation had "improved considerably”, but too dangerous for it to be reopened.

“Our top priority continues to be the safety of guests, employees and neighbours as we continue to collaborate with the authorities and our partners,” a CN Tower spokesperson wrote in a statement. “We continue to assess the situation and inspections take place on a regular basis.”