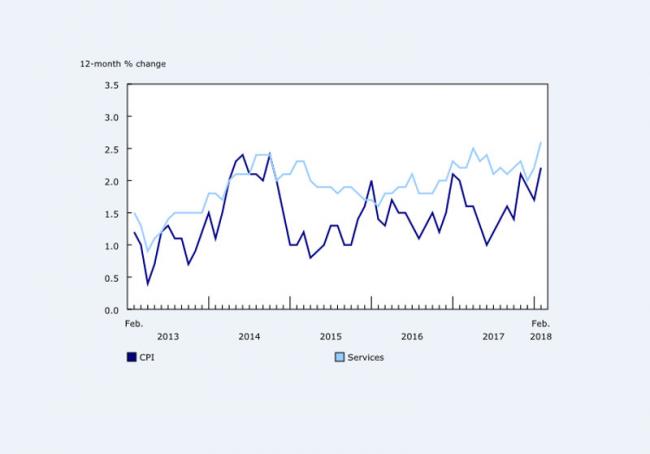 Canada's inflation rate jumps to 2.2 per cent in February

Ottawa, Mar 24 (IBNS): Inflation rate in Canada had risen to 2.2. per cent in February, from 1.7 a month before, Statistics Canada reported on Friday.

A sharp increase in the price of energy had largely led to the rise in the cost of living by  2.2 per cent annually, its highest level since 2014.

There had been an increase in the energy costs by 5.3 per cent in the year up to February, and there had been a rise in gasoline prices by 12.6 per cent over the past year. 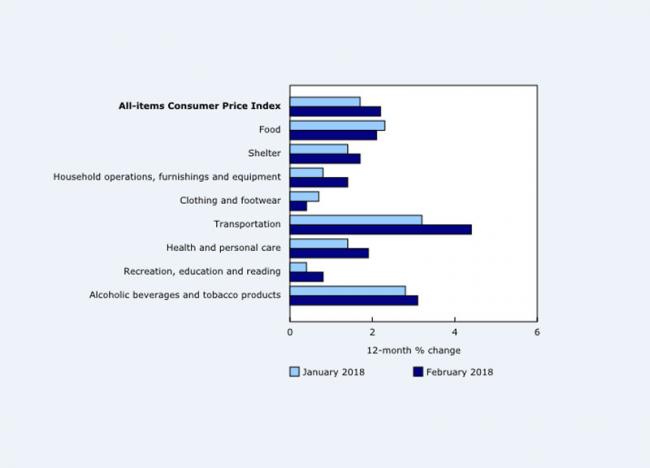 There had also been 4 per cent increase in prices of food at restaurants in the past year.

Mortgage interest costs also reportedly increased by 2.3 per cent in the past 12 months.

"That's a big swing from recent years, when falling borrowing costs were regularly holding down inflation," Bank of Montreal economist Doug Porter said. "Clearly, the pendulum has swung on that one."

But there had been decrease in price for electricity by 4.7 per cent, traveller accommodation  by 4.8 per cent, digital computing equipment and devices by 5.9 per cent, video equipment  by 10.1 per cent  and furniture by 1.8 per cent in the past 12 months. 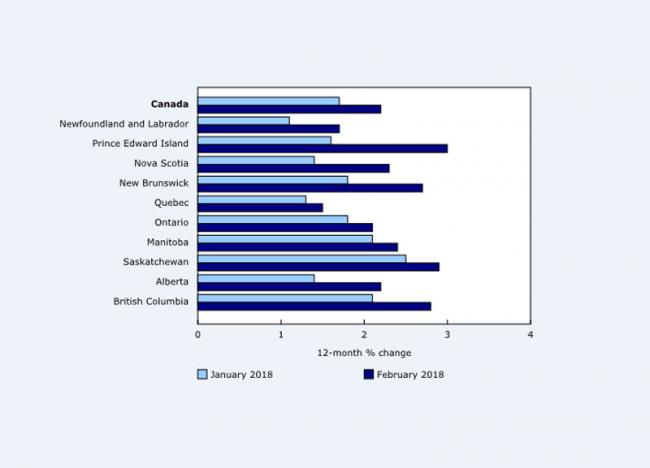 Across the country, the inflation rate in February rose most in Atlantic Canada.

"Growth was strongest in the Atlantic provinces, led by higher prices for food purchased from stores," the data agency said in a release.

But overall, he thinks the Bank of Canada will be paying close attention to Friday's inflation report.

"After several months below two per cent, inflation pressures have picked up and have moved on top of the Bank of Canada's target," Marple said. "Today's data does create the risk that the Bank of Canada moves sooner, but with downside risks to the economic outlook still elevated, this summer remains most likely to see the next policy interest rate hike."