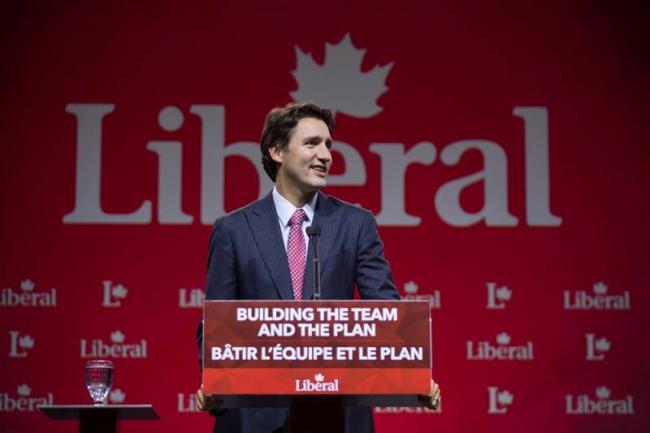 Trudeau is expected to speak about gender equality and advancement of women in the workplaces.

He perhaps will also pitch to the world leaders that power gives an added responsibility towards people who are affected by the leaders' decisions.

Trudeau's speech may turn out to be a rehearsal to what he will say in the G7 Summit, to be held in Canada in June.

The PM will be engaged with world's top leaders in an economic round table at the WEF.

His speech will take place at a time Canada is in a crisis regarding the North Atlantic Free Trade Agreement (NAFTA).

Trudeau is not expected to meet US President Donald Trump in Davos. Trump will deliver his speech after Trudeau departure from the forum.

The pull out of the US from the North Atlantic Free Trade Agreement (NAFTA) is just a matter of time as Canada is preparing itself for a second plan, CTV News said.

Canada's trade insiders are preparing for the worst outcome as they predict Donald Trump's withdraw from the trade agreement soon.

As the last round of talks over the NAFTA between the US, Canada and Mexico are underway from Sunday, member of NAFTA Advisory Council Rona Ambrose said: "The consensus felt like it’s not if, it’s when he’s going to pull the plug."

Canadian Foreign Affairs Minister Chrystia Freeland said the country is ready for a plan B.