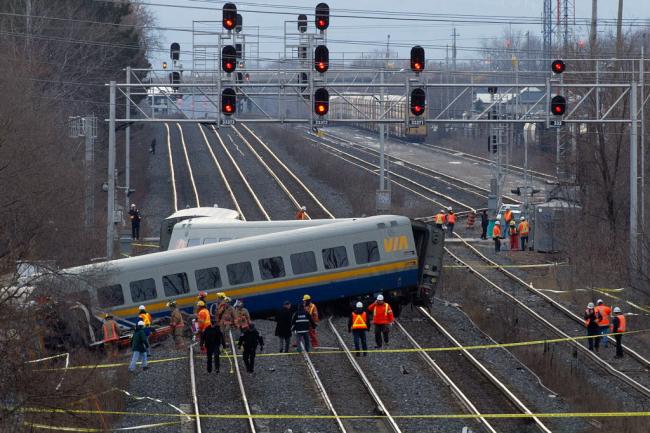 Quebec City, Jan 20 (IBNS): A Canadian jury has acquitted all three accused of criminal negligence in a case that pertains to 2013 Lac-Megantic rail disaster which killed 47 people, media reports said.

The jury consisting of eight men and four women started deliberating on Jan 11.

The trial was started on Oct 2 at a Quebec Superior Court in Sherbrooke, west of Lac-Megantic.

On July 6, 2013, a Canadian train filled with petroleum crude was derailed near a small town in Quebec.

According to the Canadian criminal code, the charges could have offered a life sentence to all the three former accused.

All three accused had pleaded guilty.

In the long court-room trial, Harding said he had applied only seven brakes when the derailment was occurring and also he did not test the brakes well before beginning the journey.

After the acquittal, Labrie told media and he was quoted by CBC News: "I would like to say the people of Lac-Mégantic, what they went through, they showed a huge amount of courage."

Later he even broke down in tears.

Respecting the verdict, Crown prosecutor Jasmine Guillaume said: "We respect the decision of the jury, although it was not the verdict we were looking for."

"But they had an important role in this criminal trial and the verdict is the result of the demanding and rigorous work on their part.," she added.