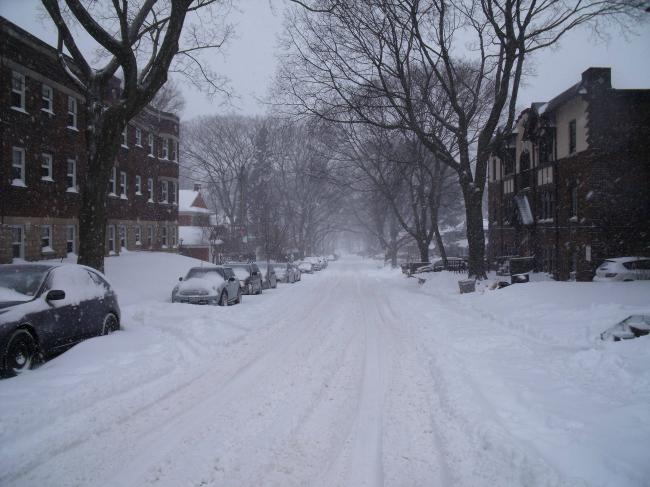 Canada: Toronto to be covered with snow today, daily commuters will be affected

Toronto, Jan 8 (IBNS): Environment Canada has issued a statement for Greater Toronto Areas that it will remain under snow on Monday, media reports said.

Though the snow cover will be less in Toronto but the daily commuters in the city will be affected.

Commuters have been warned of slippery roads.

The weather service said the total snow cover will be 10 centimetres.

Snowfalls will be maximum in the north east of the Great Lakes, report said.

Snowfalls warnings have been issued in east and north east of Lake Huron and Georgian Bay where snowfall is expected to occur around 15 centimeters.