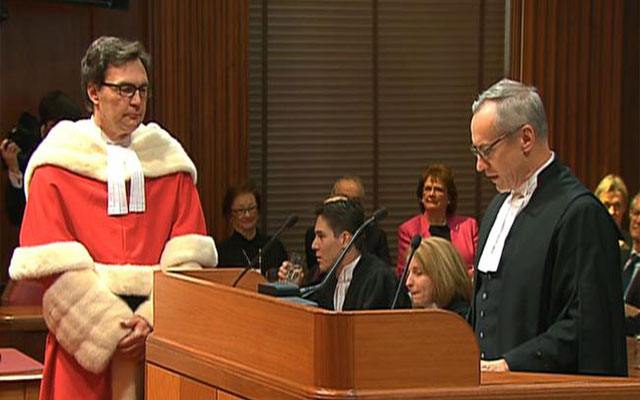 Richard Wagner to swear in as Canada's new Chief Justice

Wagner will swear in at a ceremony which will be presided by Governor General Julie Payette.

Wagner has replaced Beverley McLachlin as the top judge of Canada.