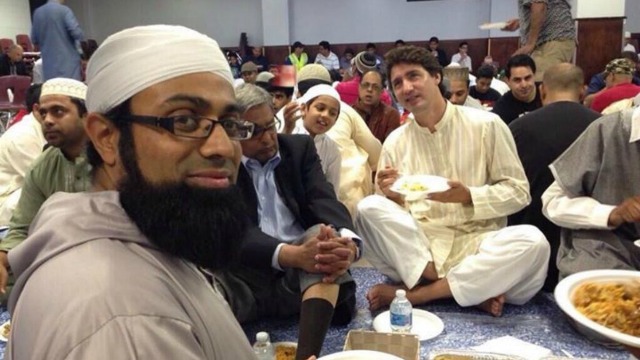 An online poll, which was conducted over 1,048 Canadians between March 13 and August 12, released its results at the Unity Conference in Calgary on Islamophobia, discrimination and systemic racism on Saturday.

Seventy-two percent of the people, who were surveyed, said that there is an increasing climate of hatred and fear towards the Muslim community in the country.

However, the majority of Canadians who were surveyed, expressed a much more tolerant view towards Muslims.

A high percentage of 88 said Muslims should be treated equally as Canadians.

At least 78% of the people surveyed said though Muslims should follow Canadian customs and values, they must not lose their religious and cultural practices too.

Mukarram Zaidi, chairman of the group that commissioned the survey, told 680 News: "The biggest takeaway is Canadians who are friends with a Muslim or know a Muslim individual have a positive view of Islam and Muslims and are more welcoming to them."

"Fear is the greatest factor. The majority of Canadians believe the issue of racism has increased. They are concerned about the issue of general racism and hate crimes, religious discrimination, homophobia and anti-Semitism,” he added.

The survey found that 54% of people believe that Islam suppresses women's rights while only 54% and 35% approve Imams and Muslim leadership respectively.

Zaidi said it is important to work within the Muslim community.

“There needs to be work done within the Muslim community and their leadership to understand that the common person does not hold a lot of respect for what they’re doing,” said Zaidi.

"Children born and raised in North America need to become an imam, because when they stand up and speak, they can speak English clearly and they can relate Islam to North American culture" Zaidi was quoted by 680 News.