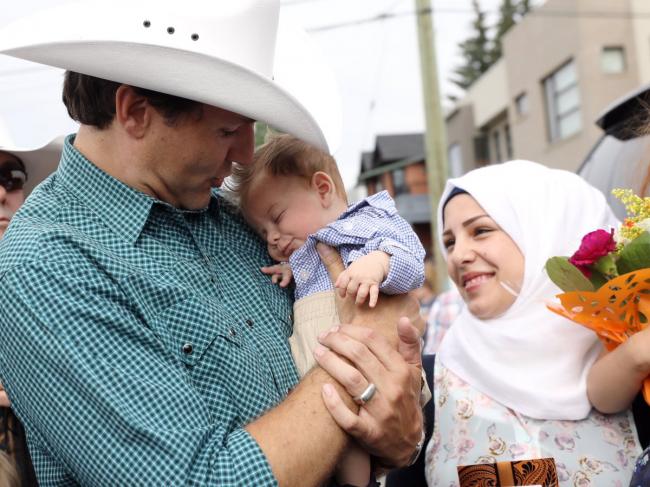 Trudeau met with his Syrian namesake at an event in Calgary recently.

The image has gone viral on social media.

According to reports, Baby Justin Trudeau Adam Bilan's parents fled from Damascus to settle in Alberta.

The boy was born in May.

Muhammad and Afraa Bilan named their son after the PM to give their thanks to the Canadian leader for giving them a chance to take refuge in Canada.