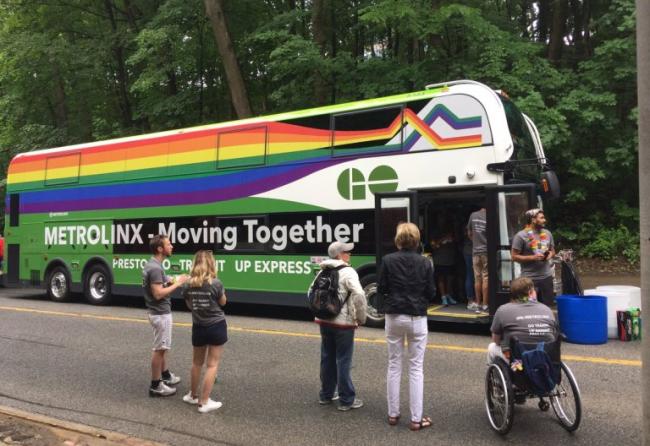 India Blooms News Service | | 29 Jun 2017, 09:51 am
#GOTransit, #UnionPearsonExpress, #AnneMarieAikins, #Metrolinx
Toronto, June 29 (IBNS): A report submitted to the transit agencyâ€™s board on Wednesday said Metrolinx planned to raise GO Transit fares by about 3 percent -- after freezing prices at the start of the year -- for trips costing more than $5.65 but there will not be any change for rides costing $5.65 or cheaper, media reports said.

The report said the increase in fare of for GO Transit and the Union Pearson Express, if approved, would take effect Sept. 2.

GO has been continuously adding trips during peak and off-peak periods and is in the midst of a major service expansion and plans to quadruple the number of weekly trips on the rail network, by 2025, from 1,500 to 6,000.

“We understand that … But they do want to pay more for good service and expanded service.”

She described the increase as “modest.”

An additional $8.5 million revenue would be generated, estimated the report, by increase in fare and would facilitate Metrolinx ---  the provincial agency in charge of transit planning in the Greater Toronto and Hamilton Area – to better fulfil the needs of the growing customer base, in expanding services, and ensure the financial upholding of the corporation.

Between 2013 and 2016, the GO bus had increased roughly 5 percent per year, with changes being effected each February.

“The proposed September 2017 fare increase is consistent with the approach to fund new service improvements and offset annual escalation of operating costs…increase on a per-rider basis,” said the report.

Aikins said there was no certainty of another fare increase in February 2018.

Union Pearson Express rides between Union and the airport would increase 35 cent per trip, and 25 for Presto users.

The increase, if approved, would mark the first time Metrolinx’s increased fares for the Union Pearson Express.