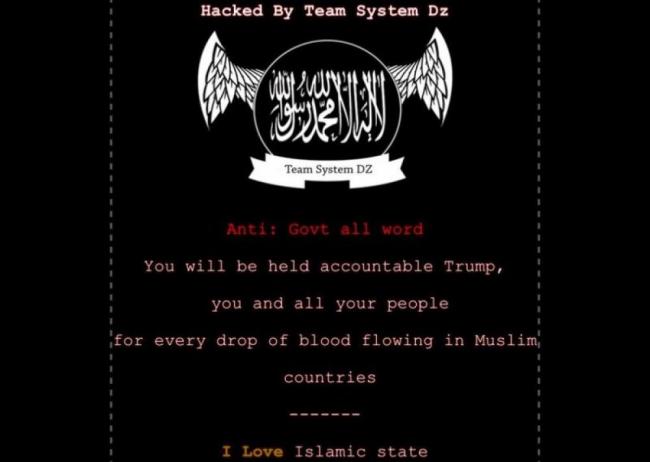 India Blooms News Service | | 26 Jun 2017, 01:00 pm
#IS, # OhioWebsitesHacked, # TeamSystemDZ, # DonaldTrump
Columbus, Jun 26 (IBNS): Ohio government websites were flooded with IS messages after the terrorist organisation hacked into them, sending a message for US President Donald Trump.

"You will be held accountable Trump, it read, while adding, "you and all your people, for every drop of blood flowing in Muslim countries."

The official website of Ohio Governor John Kasich was one among those hacked.

OH Dept of Corrections website right now, this is what you see. Wake up freedom-loving Americans. Radical Islam infiltrating the heartland. pic.twitter.com/dRll4aNiwQ

Several sites were down following the attack and were restored hours later, disrupting work.

The group responsible for the act, Team System DZ, has carried out similar attacks in the past.