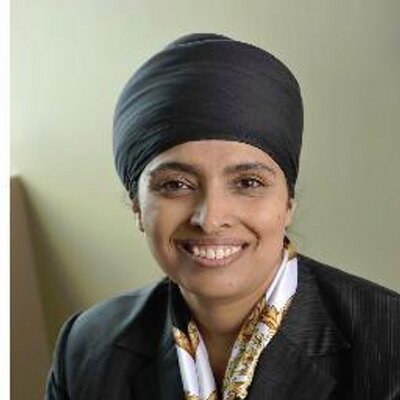 According to reports, she has been appointed as the judge of Supreme Court of British Columbia in New Westminster.

Announcing the appointment, Jody Wilson-Raybould, Minister of Justice and Attorney General of Canada, said in a statement: "Palbinder Kaur Shergill, Q.C., a sole practitioner with Shergill & Company, is appointed a judge of the Supreme Court of British Columbia in New Westminster. She replaces Madam Justice E.A. Arnold-Bailey, who retired effective May 31, 2017."

Meanwhile, the World Sikh Organization of Canada congratulates The Honourable Madam Justice Palbinder Kaur Shergill Q.C. on her appointment as a judge of the Supreme Court of British Columbia in New Westminster.

Justice Shergill is the first turbaned Sikh to be appointed to the judiciary in Canada.

WSO President Mukhbir Singh said, “The appointment of Justice Shergill is another milestone for the Sikh community in Canada.  It is a matter of great pride that we today have the first turbaned Sikh appointed to the judiciary in Canada and that too someone who has worked so closely with our organization.  Justice Shergill’s dedicated service to the legal profession and the community are well known and she has truly made a difference through her work.  We were very fortunate to have had Justice Shergill as a key member of our legal team and we now look forward to her serving Canadians as a member of the BC bench.”