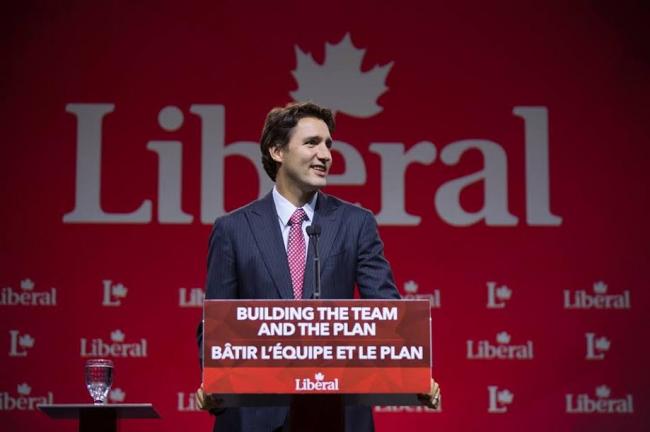 "On World Refugee Day, we honour the strength and resilience of the millions of people around the world fleeing conflict, insecurity, and persecution...Today, over 65 million people are displaced around the world, and more than 22 million of them are refugees…Canadians are fortunate to live in a country shaped, over the centuries, by the dreams and hard work of millions of immigrants and refugees," he said.

"Today, we recognize their dignity and potential. Despite the hardships they face, these individuals make many contributions to shape the diverse, strong, and prosperous country Canada is today…Today, I call on Canadians and people around the world to stand with people seeking shelter from enormous hardship and violence," he said.

"Refugees are forced to leave home, but they carry with them dreams for their children and the hope of creating a better world. Let us show compassion for their plight, recognize their dignity, and continue to see ourselves in each other,” he added.
Ahmed Hussen, Federal Minister of Immigration, Refugees and Citizenship;  Chrystia Freeland, Federal Minister of Foreign Affairs; Marie-Claude Bibeau, Federal Minister of International Development and la Francophonie; and The Honourable Mélanie Joly, Federal Minister of Canadian Heritage and Minister responsible for Multiculturalism also issued a statement on World Refugee Day:

“Canada is deeply concerned by the unprecedented numbers of children, women and men fleeing conflict and persecution around the world…As we mark World Refugee Day, we are reminded that we must all do what we can to help the most vulnerable... Over the years, our country has received thousands of refugees…We are committed to maintaining this humanitarian tradition.." it said.

"As we celebrate Canada 150, we must take the opportunity to reflect on our past. There is no doubt that Canada’s strong humanitarian tradition has helped shape this country. Canada is a country that values compassion, openness and diversity. These are the principles that we honour on this World Refugee Day.”

Laura Albanese, Ontario Minister of Citizenship and Immigration, was at Paramount Fine Foods Restaurant in Mississauga on Wednesday to mark World Refugee Day and announced new provincial support to help refugees and other newcomers succeed.

She said Ontario has taken a leadership role in Canada's humanitarian efforts to help refugees and save lives, with Communities across the province welcoming more than 28,000 refugees from across the world resettling in Ontario last year.

These newcomers are already giving back and contributing to their communities.

“Ontario has a long tradition of welcoming those fleeing war and oppression and our government is continuing to play a leading role in supporting the settlement and integration of the growing number of refugees and newcomers settling in the province.…I encourage both service providers and employers to leverage the talents, skills and experiences of these newcomers and provide them with the opportunity to grow and thrive in our province,” said Laura Albanese

The province is investing, as part of the 2017 budget, $17.5 million in new funding over two years to enhance services for refugees and vulnerable newcomers.

In 2017-18, Ontario is investing over $110 million in newcomer and refugee support programs including language training, settlement and employment programs.

“These investments by the Provincial Government will contribute to the successful integration of refugees and vulnerable newcomers. The additional resources will support targeted interventions that help newcomers achieve their full potential,” said Mario Calla, Executive Director, COSTI