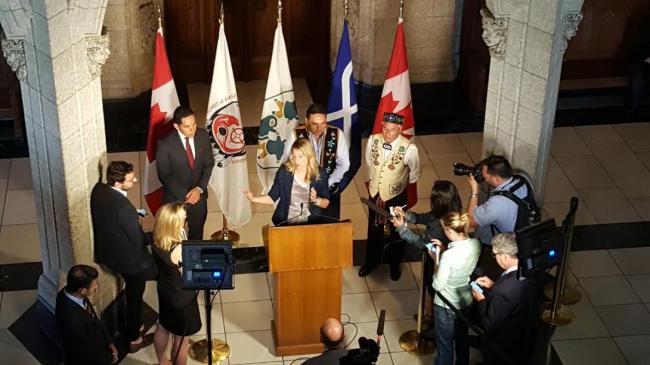 No relationship is more important to the Govt of Canada than the one we have with Indigenous Peoples: MÃ©lanie Joly

National Aboriginal Day which is celebrated each year on June 21, would be held from this year from June 21 to 25 at Fort York National Historic Site, 250 Fort York Blvd., Toronto, ON M5V 3K9.

“Toronto joins cities across the country in celebrating National Aboriginal History Month and National Aboriginal Day,” said Mayor John Tory. "We recognize the unique culture, history and significant contributions made by First Nations, Inuit and Métis peoples to our city and to Canadian society. I encourage all residents to join in the celebrations."

This five-day festival would include more than 30 performances by indigenous artists from across Canada, featuring traditional and contemporary music, dance, theatre, storytelling, visual arts, crafts and food.

Mélanie Joly, Minister of Canadian Heritage, said: “No relationship is more important to the Government of Canada than the one we have with Indigenous Peoples. This is why we are proud to support National Aboriginal Day, which will feature exciting events and programming across the country, including right here in Toronto. This day offers Canadians a one-of-a-kind opportunity to deepen their knowledge of Indigenous cultures and be in a better position to discover their rich heritage."

Mélanie Joly also made a call to the people across Canada and said, "I invite Canadians to make the most of this important day. Let’s come together in the spirit of reconciliation, now and in the years to come, to celebrate National Aboriginal Day.”

Included in the Highlights of the festival are the following performances/events starting June 21.

June 22 would screen a free outdoor event acclaiming National Film Board (NFB) musical documentary The Road Forward by Marie Clements.  The film connects the beginnings of Indian Nationalism in the 1930s -- a pivotal moment in Canada’s civil rights history -- with the powerful momentum of First Nations activism today.

The details of several other events and performances are available at: http://www1.toronto.ca/wps/portal/contentonly?vgnextoid=edcd86750adeb510VgnVCM10000071d60f89RCRD

The funding of National Aboriginal Day is done partly by the Government of Canada.

Aboriginal Day Live is produced by APTN -- the first national Aboriginal broadcaster in the world, with programming by, for and about Aboriginal Peoples -- in partnership with the City of Toronto and funded by Government of Canada, Public Service Alliance of Canada (PSAC), Investors Group and Toronto Domnion (TD) Bank Group.

Production of The Indigenous Arts Festival would be done in partnership with the City of Toronto and the Mississaugas of the New Credit First Nation, and TD Bank would present the event with financial support from the Government of Canada and Tim Hortons .