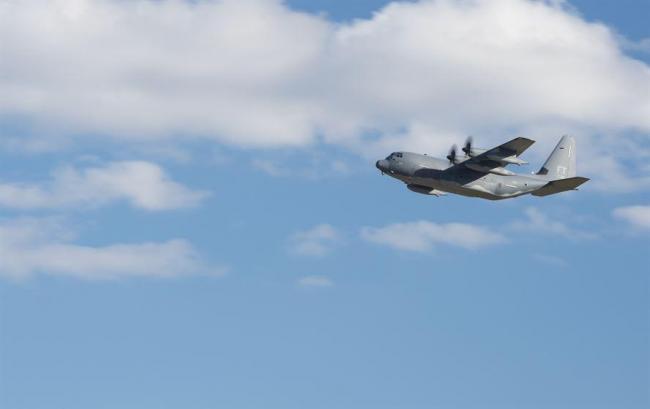 US coalition shoots down Syrian military plane in Raqqa: Reports

Confirming the operation, the Pentagon said that the  SU-22 fighter bomber was engaged by an F/A-18E Super Hornet after the former dropped munitions near U.S.-backed Syrian Democratic Forces fighters.

A similar incident had taken place in 1999 during the Kosovo campaign when the U.S. Air Force F-16 Fighting Falcon shot down a Serbian MiG-29.

"Coalition aircraft conducted a show of force and stopped the initial pro-regime advance toward the SDF-controlled town,' a Pentagon release read.

"The demonstrated hostile intent and actions of pro-regime forces toward Coalition and partner forces in Syria conducting legitimate counter-Isis (IS) operations will not be tolerated," it said.

It further added that the US will not be hesitant in defending its partners from any threat.

"The coalition does not seek to fight Syrian regime, Russian, or pro-regime forces partnered with them, but will not hesitate to defend coalition or partner forces from any threat," it read.

Meanwhile, Syria has slammed the incident as a 'flagrant attack'.

In a statement, the Syrian army said that the "flagrant attack was an attempt to undermine the efforts of the army as the only effective force capable with its allies... in fighting terrorism across its territory."

In wake of the conflict, Russian Foreign Minister Sergei Lavrov has urged other countries to respect the 'sovereignty and territorial integrity of Syria'.

The US and Syria is at loggerheads for a few years now.

Earlier, in 2016, the US coalition expressed regret after killing 62 Syrian army in an airstrike, which was initially aimed for the IS.

The US also launched US launched 59 Tomahawk cruise missiles at Syria's Shayrat airbase in April, earlier this year, in response to a suspected chemical weapons attack by the Syrian government in the country's Idlib province.

The Donald Trump led country also shot down a pro Syrian government armed drone earlier this month after it fired at US-coalition forces near the al-Tanf border crossing, between Syria and Iraq.

Meanwhile, the constant fighting in Raqqa has forced civilians to flee their home country in order to look for a safer place.

According to a UN report, over 100,000 people have left the province in the month of May.

According to global watchdog UNHCR, the lack of funding is also responsible for the worsening civilian crisis in Syria.

"Funding is not keeping up with needs on the ground," a UNHCR spokesperson said, while adding "“It is vital to have access, resources and security to continue responding to this latest wave of displacement and suffering to hit already beleaguered and terrified civilians."