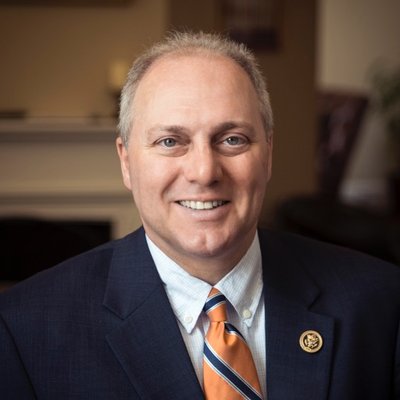 The attacker James T Hodgkinson who was a Illinois resident, was taken to hospital as he too received injuries.

Republican House whip Steve Scalise was one of five people who were attacked.

He has undergone a surgery immediately, and is presently in stable condition.

Two police officers received non-life threatening bullet wounds as they fired back at the gunman.

"Our thoughts and prayers are with all those affected by this tragedy, including those who were injured and the first responders who rendered immediate aid," said Alexandria Mayor Allison Silberberg in a statement. "We are shocked by such an incident in our peaceful community."

Alexandria police informed that the Federal Bureau Investigation (FBI) is taking the lead in the shooting incident.

Giving reaction to the incident, US President Donald Trump on Twitter said: "Rep. Steve Scalise of Louisiana, a true friend and patriot, was badly injured but will fully recover. Our thoughts and prayers are with him."