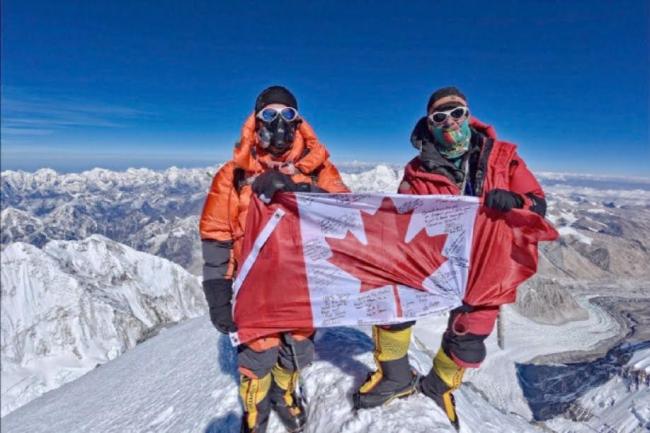 He achieved the feat on May 25,

There have been other older climbers who have reached the top of the world's highest mountains, such as Yuichiro Miura of Japan was 80 when he reached the summit in 2013.

In 2008, Min Bahadur Sherchan from Nepal managed to summit the mountain when he was 76.

But that does not take away anything from John Oldring's feat because the way to the world's top peak is difficult indeed.

John Oldring came to know that he was the oldest Canadian to summit Everest only after coming down from the Mount Everest..

“We probably had one of the best days of the year to summit on,” Oldring told the Red Deer Advocate, 680News reported.

“Any climb that I’ve been on, I always know I’ll be oldest. So my theory is I make sure I always train the hardest, train the smartest and climb as smart and efficiently as I can. I don’t want to be the person who holds the team back and I never have been,” Oldring was quoted by 680News as saying.

This was the Oldring's second Everest attempt.

Oldring's team, while climbing the Khumbu Icefall on the Nepali slopes of Mount Everest in 2015, was struck by 7.8-magnitude earthquake that left them in total whiteout.

Oldring's eight-member team was able to survive, but down at the base camp, at least 22 people died, and many were injured.

Oldring was determined to try again.

So far seven people, said Oldring, have died on Everest.

When Oldring and his team reached the mountain top, they could see, through clear and blue skies, the curvature of the earth, said Oldring.

But they could not see other mountains, even while standing on the top of Everest, due to poor visibility..

Oldring's team reached the summit at 8:15 a.m, after a nine-hour climb from Camp.

“It was fabulous. Everest is so big. You just can’t appreciate the scale at all. It’s truly amazing,” said Oldring.

Oldring and his team had climbed to top of Everest in a short time and though they were not short of time, they knew the peak was a death zone, Oldring said they remained on the summit just for 15 minutes.

“But…you always have to remind yourself a successful climb is getting down the mountain, not just getting up it. So you don’t spend a lot of time up there,” he said.